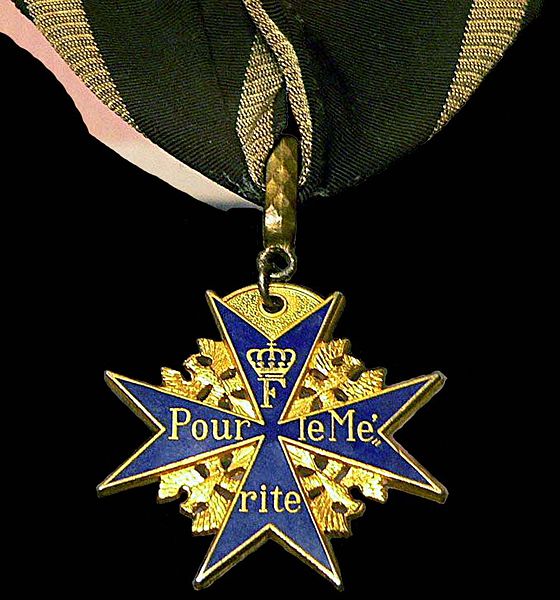 which had recently been lost by the Kingdom of Denmark and incorporated into Prussia. Lieth-Thomsen joined the Prussian Army in 1887, serving first as a pioneer officer. In January 1908 the German General Staff established a technical staff to monitor foreign and domestic progress in aviation, motorized transport and telegraphy. Hauptmann Lieth-Thomsen was appointed as its head, serving under Erich Ludendorff

.Lieth-Thomsen served on the General Staff until February 1914 when he was transferred to the staff of the 2nd Railway Regiment. However, he was soon transferred again and at the start of August Lieth-Thomsen took up post as the Investigation Officer for Airship Guidance at Posen. In March 1915  Lieth-Thomsen was appointed Chief of Field Air Forces for the entire German Army. At this stage he held the rank of major which was far more junior than the rank of his opposite numbers in the Royal Flying Corps. In October the following year, with the reorganization of the German Army Air Services into the Luftwaffe, Lieth-Thomsen, by now a Oberstleutnant, was named Chief of Staff to Ernst von Hoeppner,

the newly appointed Commanding General of the Air Service. On 26-09-1922, age 62, Hoeppner died of Influenza at the age of 62. He was buried in his birthplace, Tonnin, on the island of Wollin. He served as the Luftstreitkräfte Chief of Staff until after the end of World War I. In 1917 Lieth-Thomsen was awarded the Pour le Mérite

even though as a senior commander he was not directly involved in air combat. The award was resented by some of his junior officers. His son, Joachim von der Lieth-Thomsen, was hit by a ship, while he was flying over the Thames Estuary, and ended the war as a POW. After close of World War I, Germany was required to disestablish her Air Services. Lieth-Thomsen served in the Aviation Department of the Prussian War Ministry during January and February 1919 and was then assigned to other duties at the War Ministry. However, he resigned his position and retired from military service as a colonel in August 1919. In the 1920s Lieth-Thomsen actively participated in the German efforts to build a secret Air Force in the Soviet Union. In 1923 he first made contact with the Soviets and in 1925 he was instrumental in establishing the German military mission in the Soviet Union. During the 1920s he developed serious eye problems which eventually led to his blindness. In 1928 he moved back to the island of Sylt in his native Schleswig. Despite his blindness, when the Luftwaffe was established in 1935 under Hermann Goering

(did you know), Lieth-Thomsen re-entered military service as Head of the Military Science at the Reich Air Ministry. He was granted the rank of Generalmajor.

He held this post until his death in 1942, receiving promotions to Generalleutnant and General of Flying, General der Flieger, before the outbreak of World War II. Hermann von der Lieth-Thomsen died on 05-05-1942, age 75, in Sylt and was buried on the Invalidenfriedhof in Berlin. Close by the graves of the flying aces Generaloberst der Flieger, Director General of Equipment for the Luftwaffe, Ernst Udet and General der Flieger, Kommodore Jagd Geschwader 51,