. He has been married to Berta Koch-Bucholz since 07-07-1937. As a Leutnant he had served in the State Police and Police Battalion for special purposes Wecke. In 1935 Hermann Goering

as the new commander-in-chief of the Luftwaffe transferred this unit to the Luftwaffe and renamed to Regiment “General Goering”. Koch, promoted to Hauptmann on 20-04-1938, was tasked with the formation of a special commando unit dubbed Koch Parachute Assault Battalion, Fallschirmjäger-Sturm-Abteilung “Koch“.

This unit trained for special commando operations in the west. The assault battalion saw its first action during the opening phase of the Battle of France during the assault on the Belgian fortress Eben-Emael and the Maas river and Albert Canal bridges 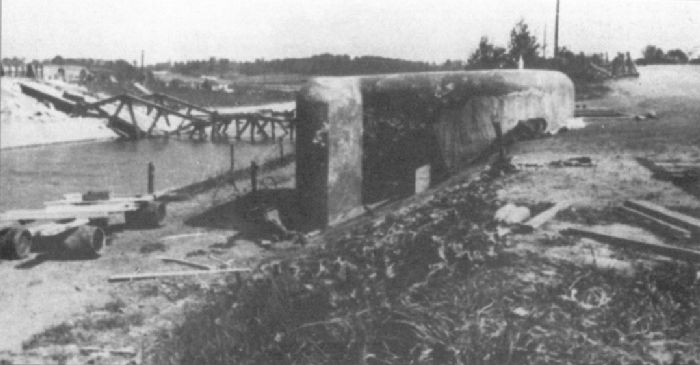 The assault battalion successfully captured Fort Eben-Emael and the bridges at Veldwezelt and Vroenhoeven. Only the bridge at Kanne, which was blown up by the Belgian defenders, was not taken by the German paratroopers .Walter Koch and ten other German officers received the Knight’s Cross of the Iron Cross for this feat.

Koch was promoted to Major and as commander of the re-designated I Battalion,1st Parachute Assault Regiment and participated in the Battle of Crete on 20-05-1941

The 1st Battalion was part of the first attacking wave and were carried in 53 DFS 230 troop-carrying gliders. Their target was on the western coast of Crete, the village of Maleme, with its small coastal airfield and Hill 107, which commanded the approaches. Facing the German attackers were New Zealanders of 5 Brigade’s 22nd Battalion, with other battalions close behind, under the command of Brigadier Edward Puttick

Puttick died, age 86, on 25-07-1976 in Hamilton, survived by his three daughters, and was buried at Karori Cemetery in Wellington with military honours. At 07:25 in the morning of the first day of the invasion, Koch was wounded in the head in the battle over Hill 107

Here coming home, wounded, on 21-06-1941 from Crete and promoted to Oberstleutnant on 20-04-1942, Koch and his 5th Parachute Regiment  were transferred to Tunis in mid November 1942 and fought their first engagement in Africa at Depienne Airfield two weeks later. The British 2nd Parachute Battalion

was tasked with securing the airfields at Depienne. Finding the airfields abandoned, Frost in search for other targets had to leave a number of injured men under the protection of a single platoon behind. Detected by Oberstleutnant’s Koch’s patrol, the British paratroopers were quickly defeated and taken prisoner of war. Koch had his medics treat the wounded and left them behind with water, food and cigarettes before handing them over to regular German ground forces. These German forces, acting in accordance to the Commando Order, were preparing the execution of the British prisoners. Koch and the commander of the 1st Battalion, 5th Parachute Regiment Hauptmann Hans Jungwirth

arrived just in time to stop the execution, demanding adequate treatment of the prisoners. After a heated debate, the British soldiers were taken to a POW camp. After hospitalization, Koch was placed on the Führer Reserve (see Adolf Hitler) (did you know) for his outspoken criticism of the Commando Order, the order to kill all Allied commandos immediately.

Walter Koch died in a Berlin, Joseph Goebbels was the Gauleiter of Berlin, hospital on 23-10-1943, age 33, from injuries sustained in a road accident. Koch is buried with his wife Marie, who died age 87, on 14-11-1972, on the Nordfriedhof of Bonn. On the war grave section is buried General der Infanterie,Field Command 509, in Lodz,  Kurt Kühme.