French General and famous from the surrender in Compiègne. 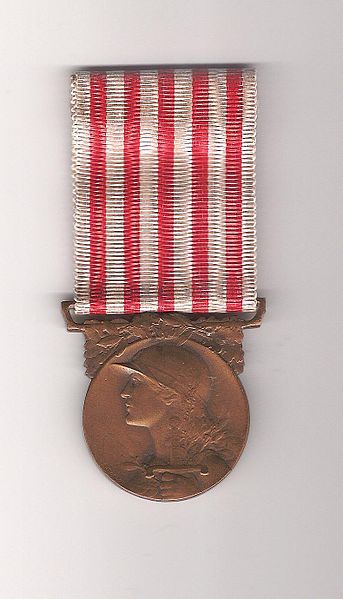 to Léon-Jacques Huntziger and his wife Marie-Elise Manière, He was married on 30-06-1909 in Paris with Marie-Alice Maurin (1887-1976). The couple had one son  Jacques Huntziger 1912-1987.
Charles graduated from the large École Spéciale Militaire de Saint-Cyr in 1900 and joined the colonial infantry. During World War I he served in the Middle Eastern theatre. He was Chief of Staff of operations of the Allied Expeditionary Force

. In 1918 he participated in the development of General Louis Franchet d’Espèrey’s

offensive against German and Bulgarian forces which would lead to Allied victory and the signing of the Armistice of Mudros in October 1918. In 1933, Huntziger was named Commander-in-Chief of the troops of the Levant. He then participated in the negotiations around the reattachment of the Sanjak of Alexandretta, then part of the French Mandate of Syria, to Turkey. He joined the Superior Council of War in 1938. During World War II, in 1939–1940, he initially commanded the Second French Army, then the Fourth Army Group in the Ardennes. He fought in the Battle of France with the Second Army. On 16-06-1940 Premier Philippe Petain’s

new Cabinet decided upon an Armistice, and the following day Paul Baudouin

, Baudouin died age 69, on 10-02-1964, in Paris, Minister of Foreign Affairs, requested the Spanish Ambassador “to transmit to Germany with all speed the request to cease hostilities at once and at the same time to make known the peace terms proposed by them”. On the morning of 19 June José Félix de Lequerica Lequerica

José Félix de Lequerica y Erquiza (30-01-1891 in Bilbao, Spain – 09-06-1963) was a Spanish lawyer, diplomat and politician who served as Minister of Foreign Affairs between 1944 and 1945, reported to Baudouin that the Germans were prepared to talk and the following day he was further advised that the Germans were prepared to meet the French plenipotentiaries lated that day at Tours. The armistice negotiations were led, on the French side, by General Charles Huntziger.

The Council of Ministers met during the night of 21 June in Bordeaux to consider the terms.

The Armistice was agreed, to come into effect at 12.35 on the morning of 25 June. After the armistice, Huntziger became the French Government’s, Secretary of War, then commander-in-chief of the land forces (September 1941). He was one of the signatories of the anti-Semitic Statute on Jews of 03-10-1940, excluding nine Jewish Generals from the army, alongside Philippe Pétain, Piere Laval,

Huntziger died on 11-11-1941 after his plane crashed trying to land at Vichy Airport in bad visibility, and with obsolete radio equipment, as he returned from an inspection near Le Vigan, Gard.

He is buried in Paris, Cimetière de Passy. Close by the grave of General Maurice Gamelin.