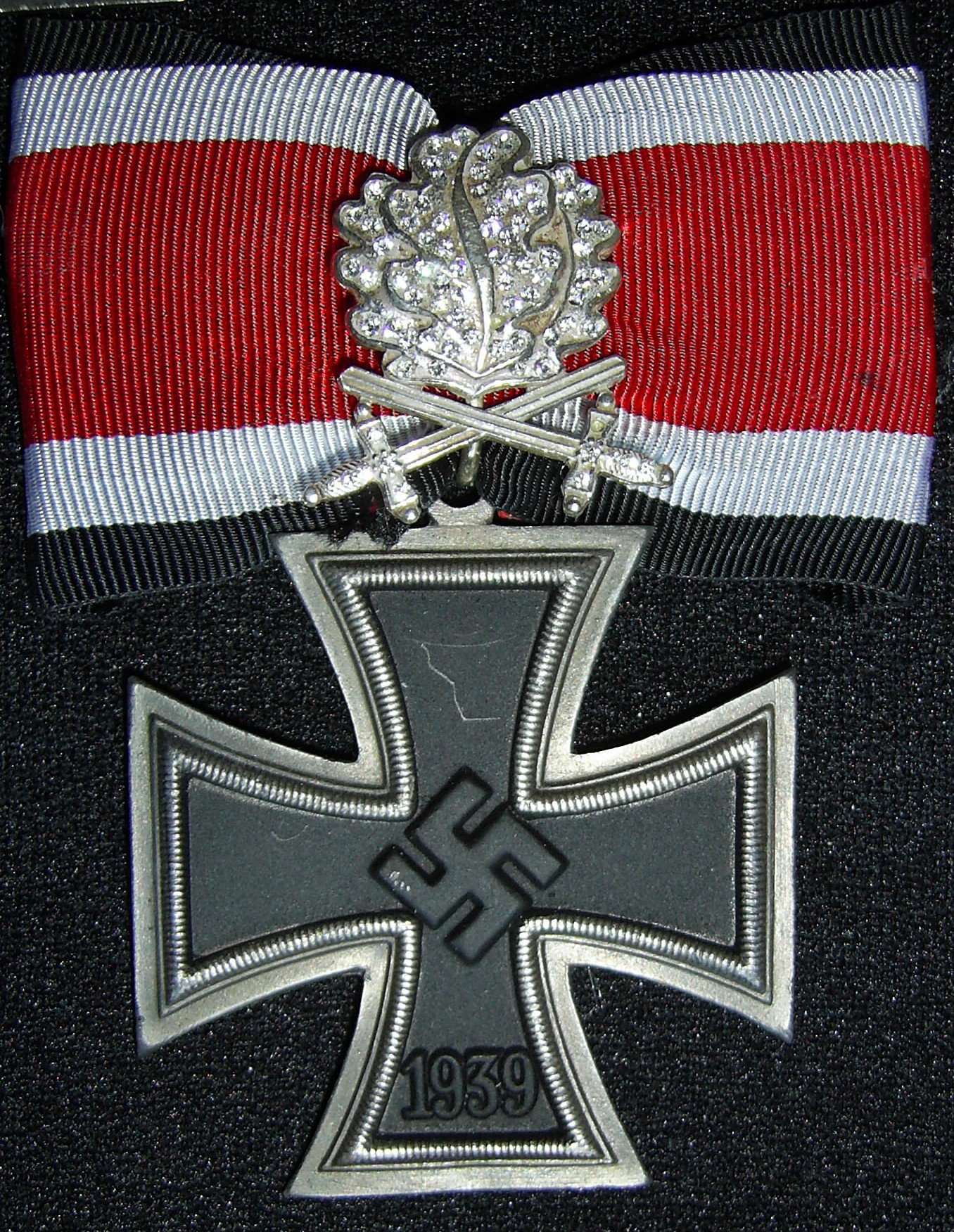 , the largest fortress of the German Empire. Harmel was the son of a medical officer of the 67th Infantry Regiment in Magdeburg. A military career seemed to offer the best opportunities for him. Volunteering in 1926, Heinz Harmel enlisted in the Reichswehr

, in the 15th Company of the 6th Infantry Regiment in Ratzeburg. But the Treaty of Versailles,

which limited the size of the Reichswehr, did not allow him to pursue an active military career, so Harmel continued to serve in the Army reserve, where he achieved the rank of Oberfeldwebel. When Hitler came to power in 1933, Harmel retired from the Army and on 02-10-1935, entered to the SS-Verfügungstruppe, later known as Waffen-SS

, as SS-Oberscharführer and was assigned to the 1st Company of the SS-Standarte “Germania”

in Hamburg. On 0-01-1937, Harmel was promoted to the SS-Untersturmführer

and served as platoon commander in the 7th Company of the SS-Standarte “Deutschland” in Munich.

. After the annexation of Austria to the German Reich, on 13-03-1938, Harmel moved with his unit to Klagenfurt, capital of Carinthia. There, Harmel was appointed as commander of the 9th Company of the new SS-Regiment “Der Führer”. On 30-01-1939, Harmel was further promoted to the rank of SS-Hauptsturmführer

, captain. During the Battle of France, on 1940, Harmel fought with his company in the Netherlands and Flanders, where he received the Iron Cross 2nd Class and 1st Class, and the Infantry Assault Badge. Then, Harmel went to the south of France. On 01-01-1941, Harmel became commander of the 2nd Battalion of the SS-Infanterie-Regiment “Der Führer”. On April 1941, Harmel took part in the Balkans Campaign. In Belgrade, Harmel was promoted to the rank of SS-Sturmbannführer

under the command of the SS-Gruppenführer Paul “Papa” Hausser

, Harmel took part in fights near Jelna. The 2 SS Panzer Division is infamous for the massacre of 642 French civilians in the village of Oradour sur Glane

on 10-06-1944 in the Limousi region.
Soldiers of III./SS-Panzergrenadier Regiment Deutschland killed 57 civilians 11-06-ne 1944 in retaliation for an attack on the unit, they also claim they found arms and explosives in the villages. In Trébons 11 were killed, in Pouzac 19 including two children and in Bagnères 25 including 11 women. On 06-08-1944 four civilians were killed in the Bais region in retaliation for attacks on the division by French partisans.
For his action in the Operation Barbarossa, Harmel was awarded the German Cross in gold

. Harmel officially became commander of the SS-Infanterie-Regiment “Deutschland” on 18-06-1942. He was promoted to the rank of SS-Obersturmbannführer

, on 20-10-1942. During the winter of 1942-1943, Harmel struggled with his men near Rzhev-Oskol, with courage and selflessness. Harmel participated in the capture of Kharkov on March 15-03-1943. He distinguished himself by attacking with his regiment at night. To honor these heroic actions, Heinz Harmel received the Knight’s Cross of the Iron Cross on 31-03-1943. He also received the Tank Destruction Badge. This badge was instituted by Adolf Hitler

on 09-03-1942 to honor individuals who single-handedly destroyed an enemy tank with hand held explosives. On 20-04-1943, Harmel was promoted to the rank of SS-Standartenführer

. On 07-09-1943, he received the Knight’s Cross of the Iron Cross with Oak Leaves and the Close Combat Clasp in Silver. From March 1944 to April 1944, SS-Standartenführer Harmel followed a training for divisional commanders at Hirschberg. On April 1944, Heinz Harmel took command of the 10th SS Panzer Division “Frundsberg” succeeding SS Gruppenführer Karl Fischer von Treuenfeld

. At 38-years-old, Harmel was respectfully called “Der Alte” (The Old) by his men, who were often themselves teenagers. The 10th SS Panzer Division “Frundsberg”

theoretically accounted 19.513 men, but it was already greatly reduced by the fighting and never reached this count. During the summer 1944, the division moved from the Eastern Front to the Western Front, in Normandy.

Harmel had been ordered to break the enemy’s lines, to free the German units, trapped at Falaise Pocket. On August 1944, approximately 125.000 German soldiers of the 7th Army

was encircled. The operation ended with heavy losses and serious damage. Harmel was then sent to the Netherlands. He with the 9th SS-Panzer-Division “Hohenstaufen”,

fought for the defense of the Reich against the Allied offensive, Operation Market Garden. Knaust was seriously injured on the Eastern Front when he was in commmand of the 4th company (Schützen) of the Recon battalion, 6th Panzer Division. He lost a leg from this engagement

(*thus the reason why he had a SPW for himself in Arnhem). Opponent was the Major General John Dutton Frost,

commander of the 2nd Battalion of the Parachute Regiment

, who he would meet forty years later in a more friendlier time. Frost died age 80, on 21-05-1993 and is buried at Milland Cemetery, West Sussex.  Harmel’s headquarter was in the Huize Ruurlo.

He distinguished himself again during this battle. After the fights around Nijmegen, Harmel received the Knight’s Cross of the Iron Cross with Oak Leaves and Swords

on 15-12-1944. His division was then transferred to Alsace, where Harmel was ordered to establish a bridgehead to join the Colmar Pocket

. After the failure of the December 1944/January 1945 offensive in Alsace, Harmel’s division was transferred to the eastern front, initially fighting in Pomerania and Brandenburg to hold the Oder Front. The division was subsequently transferred to Heeresgruppe Mitte where in late April it was ordered to counterattack the forces of Marshal Ivan Konev

. Obeying such orders would have resulted in the guaranteed destruction of the division – Harmel refused. Called before Generalfeldmarschal Ferdinand Schörner

, he was dismissed from command of the “Frundsberg” division. SS-Brigadeführer Harmel  ended the war on May 1945, commanding an ad hoc battle group formed around the 24th SS Karstjäger Division

, the SS Officer’s School at Graz, Austria and other smaller units. The battle group’s mission was to secure the mountain passes along the Austrian-Slovenian border to provide a secure retreat route for German forces fleeing Yugoslavia. Harmel’s command was one of the last to surrender and did so to the British forces in Austria. Harmel was a prisoner of war in the United Kingdom for 2 years. Upon his release, he returned to Germany and worked as a sales representative. Forty years after the Battle of Normandy, Heinz Harmel

received a commemorative medal in Bayeux. Harmel was an extremely popular Commanding General with the personnel of the “Frundsberg” division and was a very active participant in the postwar division veteran’s organization. Harmel took a great interest in the welfare of his soldiers, an interest that continued postwar. His concern was reciprocated by the genuine regard his former soldiers had for him. Learning that one of his former soldiers was in the hospital Harmel visited this soldier and made sure that the man was well taken care of and the family provided for.

Heinz Harmel was one of the most decorated officer of the Waffen-SS during World War II. Heinz Harmel died in Krefeld, on 02-09-2000, age 94. Harmel is buried with his wife Irmgard, who died also old age 86,

a year after her husband in 2001, on the St Georgen cemetery in the Tiengenerstrasse in Freiburg im Breisgau, Field 5.