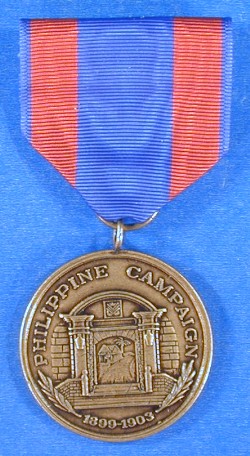 and his wife Evelyn, born Mccluster Fredendall (1856–1930). His father, Ira was on active duty in the United States Army when Fredendall was born. Ira became sheriff of Laramie County before receiving a commission in the Quartermaster Corps

during the Spanish–American War. The elder Fredendall retired as a major in 1914, returned to active duty during World War I to supervise construction at several bases in the western United States, and retired again as a lieutenant colonel. As a result of his father’s connections in the service and with local and state politicians, Fredendall secured an appointment from Wyoming Senator Francis E. Warren to enter the class of 1905 at the United States Military Academy (USMA).

Described by a classmate as “a very soldierly little fellow, but extremely goaty in mathematics,” Fredendall performed poorly in math as well as in general deportment, and was dismissed after just one semester. His mother persuaded Senator Warren to re-appoint Fredendall the next year, but he dropped out again. Although the senator was willing to nominate him for a third attempt, the academy declined to readmit him. Instead, Fredendall attended the Massachusetts Institute of Technology from 1903 to 1904 as a member of the class of 1907.[5] He took the officer’s qualifying exam in 1906, and scored first out of 70 applicants. On 13-02-1907, he received his commission in the United States Army as a second lieutenant in the Infantry Branch. After service in the Philippines and other overseas and stateside assignments, Fredendall shipped out to the Western Front with the 28th Infantry Regiment

in August 1917, four months after the American entry into World War I. He held a succession of instructor assignments in the army’s schools in France, and commanded one of its training centers. He built a record as an excellent teacher, trainer, and administrator, and ended the war as a temporary lieutenant colonel.

The Armistice of 11-11-1918, saw Fredendall assigned, like many other officers, to a variety of staff and training duties. He was both student and instructor at the U.S. Army Infantry School; was a 1923 distinguished graduate (placing 31 out of 151) of the U.S. Army Command and General Staff School; and in 1925, he graduated from the U.S. Army War College. He also completed tours of duty in Washington at the Statistics Branch, the Inspector General’s Department (September 1934 to March 1936) and as executive officer (XO), Office of the Chief of Infantry. These postings led to important contacts that later furthered his military career.

Lloyd was an American General during World War II. Major General Fredendall is best known for his command of the Central Task Force landings during Operation Torch and his command of the US II Corps during the early stages of the Tunisia Campaign. Fredendall’s rise to military command in World War II was facilitated by General George Catlett Marshall.

as well as General Leslie McNair, a friend and colleague. In February 1943, while in command of II Corps, his forces were defeated by forces commanded by German Field Marshal, Erwin Rommel

Fredendall himself was convinced that neither Eisenhower or Mark Clark wanted him in Africa since he outranked both in pre-war rank. After this setback, Fredendall was relieved from command of II Corps by  Dwight “ike” Eisenhower and replaced by George Smit Patton

(Patton’s son) (his driver Horaca Woodring) in March 1943. In spite of his relief, Fredendall was promoted to Lieutenant General in June 1943, assumed command of U.S. Second Army

and was greeted back home as a hero. Second United States Army was originally formed 15-10-1918 during  World War I. It functioned as a training and administrative headquarters until being deactivated 15-04-1919. It operated 1933 to 1966, training and organizing troops for overseas deployment during  World War II. Second U.S. Army was commanded from 1940 to 1943 by Lieutenant General Ben “Yoohoo” Lear. He was succeeded by Lieutenant General Fredendall after Fredendall’s removal from command in North Africa. General Fredendall held command until war’s end. Fredendall is described as a man of bombast and bravado in speech and manner, who failed to live up to the image he tried to create.

Lloyd Fredendall died in San Diego, California on 04-10-1963, age 79. He is interred at Fort Rosecrans National Cemetery, Section 52-A.