Joseph Goebbels (did you know)

was next to propaganda minister, the Gauleiter of Berlin. The son of Otto Emil Alexander and Anna Martha Maria [Fleischer] Felmÿ, he joined the Imperial Army in 1904 and in 1912, Felmy went to the Flight School to become a pilot for the Imperial Army Air Service. During World War I, Felmy commanded a squadron on the Turkish Front. After the war, he remained in the German military. Felmy alternated between infantry and aviation assignments in the Reichswehr of the Weimar Republic. On 04-02-1938, Felmy was promoted to General der Flieger, by Hermann Goering (did you know).

Felmy, was married to Helene born Boettcher, and he was the father of the actor Hansjörg Felmy.

By the beginning of World War II, Felmy commanded Air Fleet 2 of the Luftwaffe

. A Bf 108 ‘Taifun’ made a forced landing under foggy conditions near Mechelen-aan-de-Maas in the Belgian Province of Limburg starting what became known as the Mechelen Incident. Piloted by Major Eric Hönmanns,  the liaison aircraft also held a passenger, Major Helmuth Reinberger, Adjutant to Colonel Bassenge, Commanding Officer of Dienststelle Fliegerführer 22O, 7. Flieger Division. Reinberger was responsible for organizing the supplying of the unit that was to land paratroopers behind the Belgian lines at Namur on the day of the coming attack. Soon after the crash the two men were arrested by the Belgian Gendarmerie. Reinberger was carrying top-secret documents divulging the invasion plans for the Low Countries, Operation Gelb. Reinberger attempted several times during his arrest to destroy the documents, however without success. 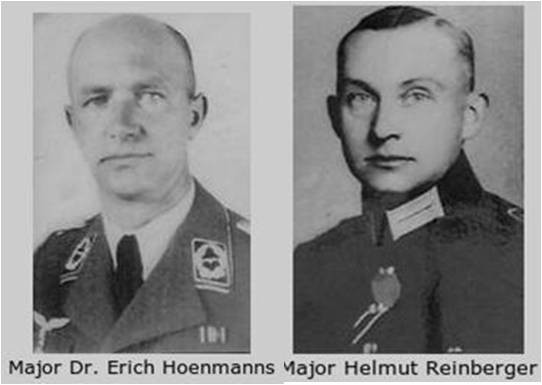 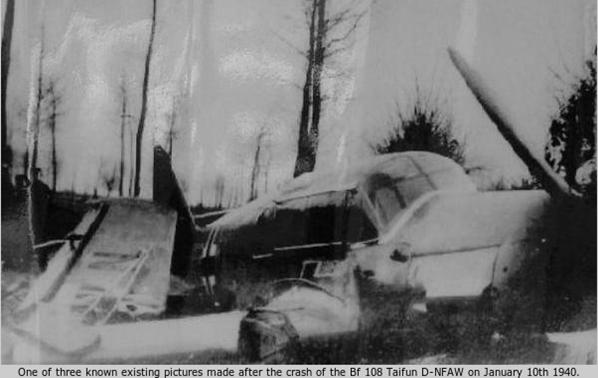 then Oberst, had to go too. From 20 May to 20 June 1941, Felmy commanded the mission in Iraq from occupied Greece, but the mission failed. Felmy

was made commander of Army Group Southern Greece. From 1942 to 1943, he remained in Greece and commanded a “special deployment” unit named after him. From 1943 to 1944, he commanded the LXVIII Army Corps of the German Army. Late in 1944, the LXVIII Corps moved from Greece to Yugoslavia. He had to give his command over to General der Infanterie, “The Butcher of Crete”, Friedrich Wilhelm Müller.

From 1944 to 1945, he commanded the XXXIV Army Corp. In 1945, the XXXIV Corps was overwhelmed during the Yugoslav Partisan General Offensive of March and April (see Josip Tito).

In 1948, during the Hostages Trial in Nuremberg, Felmy was accused of war crimes in Greece, the massacre of Klissoura and was given a sentence of 15 years.

Defendants during a walk in the municipal prison yard, from left to right:Hellmuth Felmy, von Weichs,

Foertsch died age 66 on 27-12-1961 in München, On 15-01-1951, Felmy was released earlier. During the massacre of Klissoura soldiers from SS-Panzergrenadier Regiment 7 killed 215 civilians in Klissoura 05-04-1944 in retaliation of the killing of two German soldiers. Hermann Neubacher,

Sonderbevollmächtigter des Auswärtigen Amtes für den Südosten (Special representative of the Foreign office for the South-East-area), reported on this massacre in a telegram to Foreign Minister Joachim von Ribbentrop 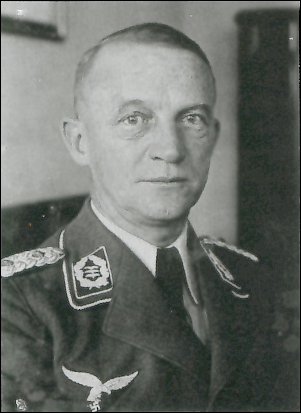 Hellmuth Felmy retired in Darmstadt, where he at the old age of 80 died, on 14-12-1965 and is buried with his wife Helene, born Boettghet, on the Old Cemetery of Darmstadt, almost next to General Field Marshal, Oberbefehlhaber Heeresgruppe Nord, Georg von Küchler and General der Infanterie, commander of the 697th Infantry Regiment, Hans Roth.