germanyGeneralWehrmacht
Feldt, Kurt, born 22-11-1887 in Schmentau, joined the Army Service with the German Cavalry on 22-09-1908, being enlisted as a Fahnenjunker in the 1st Kavallerie Division

at the beginning of World War I. He was promoted to Leutnant on 22-03-1910 and was in the fields with his division and ended the war as a Adjutant of a Cavalry Brigade. Feldt was one of the 100.000 men Reichswehr

, 8 infantry and 2 cavalry divisions, had the rank of Rittmeister with the 29th Cavalry Regiment. He became commander of the 3rd Horse Regiment and promoted to Oberst on 01-04-1936. On 10-11-1938 he lost his command to the later famous but now still Oberstleutnant der Panzertruppe, Kommandeur General XIV Panzer Korps, Fridolin Senger von Etterlin.

he died age 79, on 19-05-1969. Feldt led this Brigade in the Poland invasion and promoted to Generamajor and with his Brigade on the Western front in 1940 in Holland (see About) with Generals der Flieger, Kommandeur der 1st Fallschirmjäger Regiment, Kurt Student

and Oberkommando Wehrmacht in the Netherlands. Masacre of Putten, Friedrich Christiansen.

His division’s most notable, and independent action being that of the occupation of the northern provinces of The Netherlands in May 1940, leading to the Battle of the Afsluitdijk, 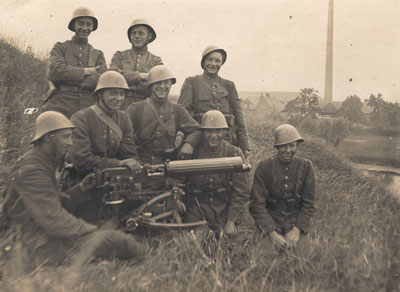 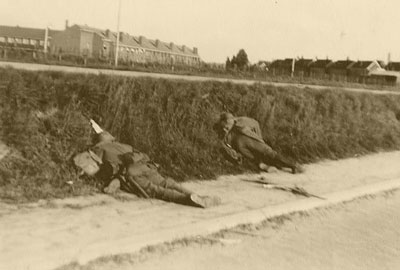 where the Dutch didn’t surrender. The Dutch defences in front of the Afsluitdijk (Wonsline) on 12 May and was prepared for an assault to take the two lines of pillboxes or case mates of Fort Kornwerderzand (named after a hamlet near the dyke). General Kurt Feldt, who was unaware of the presence of any Dutch artillery in the area, let alone this heavy caliber. Local civilians said hundreds of Germans were killed, and the dyke was filled with bodies. The German report says two were killed on the 12th and three on the 13th. The German wounded were officially around 25. The Dutch suffered one killed during the first attack by the Luftwaffe

and two wounded during the bombing when two soldiers manning anti-aircraft guns were hit. Civilian casualties numbered at two killed, 10 wounded, all from the first Luftwaffe attack. The fortress remained in Dutch hands until the surrender of Dutch forces on 15 May. Captain Christiaan Boers told the men that they had fought like lions but that in other parts of the country, their armies had been defeated. Boers himself led the surrender. Christianus Franciscus Johannes (Christiaan) Boers

. During the Battle of the Afsluitdijk, he rallied his men to successfully push back the German attackers. This was one of the few victories of the Allied forces on the Western Front in 1940. Boers was executed by the Germans at Sachsenhausen concentration camp in 1942. He was a professional officer, who was considered a natural born leader. It was said that his men would follow him blindly into battle. Today there is a monument in memory of him on the Afsluitdijk.
In June 1940, under his command, the division took the French town of Saumur, where the head of the French cavalry was located, as well as the famous dressage team Cadre Noir

.
Feldt received the clasps of the Iron Cross for his leading. He then was transferred to the Eastern front in central Russia, Operation Barbarossa

, battle of Kiev and received the Knight Cross of the Iron Cross

. He became a Generalleutnant on 01-02-1941, lost his command mid April 1942 and landed in the infamous Führer Reserve 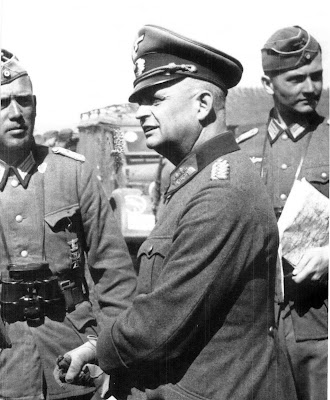 Begin September 1944 he becomes the Commanding General of General Command “Feldt” until the end of December and again in the Reserve. In February 1945 he is transferred to Denmark as the General in the Staff of the Wehrmacht Commander over there, Generaloberst der Infanterie, Kommandeur Heeresgruppe Norwegen, Nikolaus Falkenhorst.

Feldt also landed in captivity in Mai 1945, captured by the British forces and released in 1947. Living in Berlin, Stahnsdorf, he at the old age of 83 died on 11-03-1970 and is buried with his wife Erna, born Baehr, on the cemetery Südwestkirchhof Stahnsdorf, Berlin. Close by the graves of the General der Infanterie, Commanding General of the LXXXII Army Corps, Alfred Boehm-Tettelbach,