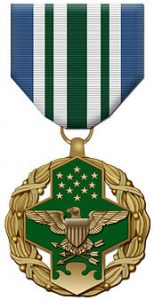 and raised in Philadelphia, After completing 3 years of high school, he enlisted for the paratroopers on 18-08-1942, in his hometown. Albert Blithe at Camp Toccoa, Georgia, in 1942.

. He was made a rifle man in 1st Platoon of Easy Company, 2nd Battalion, 506th PIR, 101st Airborne at Camp Toccoa

Blithe jumped with the rest of Easy Company

as part of the massive Airborne invasion; however, when he landed, he found himself lost. The 506th,  Easy Compagny under command of Colonel Robert Sink.

Blithe was joined by a number of other paratroopers who were also part of the mis-drops. They teamed up together and found the rest of Easy Company.

As portrayed in Band of Brothers by Marc Warren, Blithe was struck with a temporary case of hysterical blindness following the fierce fight to capture Carentan. After talking to Major Dick Winters,

his sight miraculously returns. He recovered but Blithe later fought in the defense of Carentan. There, he is scared to death, shrieking and sobbing in his foxhole. When Lieutenant Winters gets him up, he is still crying but shoots his rifle anyway at Germans. In amazement, he then looks at Winters, who is having no trouble at all, even though he is directly exposed to enemy fire. This encourages Blithe, who finally abandons his fear and immediately improves in the battle. At the end, he kills a retreating German soldier: Blithe heads to and discovers the soldier’s body, taking the edelweiss flower from him, reputed to be a symbol of a true soldier.and was part of a patrol investigating a farmhouse a few days later, where he was shot in the collar bone by a sniper.

After the bleeding had been stemmed, he is evacuated to a hospital. After Blithe is brought to his bed, Sgt. “Popeye” Wynn,

for getting three Purple Heart medals due to minor injuries, while a seriously injured Blithe gets only one. He recovered from the wound and received a Purple Heart

Blithe was released from the Army Hospital 08-10-1945, which has been verified by his discharge paperwork at the end of World War II. He attended the 1st annual reunion of the 101st Airborne Division Association. He returned to Philadelphia, Pennsylvania, and started a career with Westinghouse Electric.

after the end of hostilities and later was assigned to the Military Assistance Advisory Group in Taiwan.

He never retired from military service.

Al and his wife Kay.

On 10-12-1967, while on active duty in Germany, Blithe felt nauseated when he returned from a weekend at Bastogne, Belgium, where he had taken part in the ceremonies commemorating the Battle of the Bulge. On 11-12-1967, Blithe was taken to the emergency room at Wiesbaden Hospital, Germany, where he was admitted with a diagnosis of a perforated ulcer. He died in the intensive care unit on December 17 after surgery, and was buried in Arlington National Cemetery with full honors, in Section 31 Site 7672.