united statesgovernment
Dulles, Allan Welsh, born on 07-04-1893 in Watertown, New York, was the first civilian and the longest serving Director of Central Intelligence and a member of the Warren Commission. Allen Dulles graduated from Princeton University, and in 1916 entered the diplomatic service. After Allen Dulles graduated from college he become a diplomat and during his posts in different European countries started to gather intelligence information during the First World War, he was actually working as an intelligence officer. As legal adviser to the delegation at the League of Nations on arms limitation where had the opportunity to meet with Adolf Hitler (did you know), Benito Mussolini, Maksim Litvinov

, a Russian revolutionary and prominent Soviet diplomat and the leaders of Britain and France, Edouard Daladier. Litvinov who died in Moscow, age 75, in 31-12-1951, was succeeded by Viacheslav Molotov. Transferred to, Bern, Swiss, Dulles supplied his government with much sensitive information about Nazi Germany. After Pearl Harbour

Gisevius died age 69, on 23-02-1974, to the tiny but daring opposition to Hitler in Germany itself). Although Washington barred Dulles from making firm commitments to the plotters of the 20 July 1944 attempt to assassinate Hitler, Oberst der Kavallerie, Graf Claus Schenk von Stauffenberg the conspirators nonetheless gave him reports on developments in Germany, including sketchy but accurate warnings of plans for Hitler’s V-1 and V-2 missiles,

Dulles also received valuable information from Fritz Kolbe, a German diplomat and a foe of the Nazis. Kolbe supplied secret documents regarding active German spies and plans regarding the Messerschmitt 262 jet fighter. Kolbe died of cancer, age 70, on 16-02-1971, in Bern, Swiss.

through Italian and Swiss intermediaries. His negotiations behind Hitler’s back in Zurich led to the early surrender of German forces in Italy. For his services he was not tried at Nuremberg and appeared as a willing prosecution witness. After the war in Europe, Dulles served for six months as the OSS Berlin station chief. 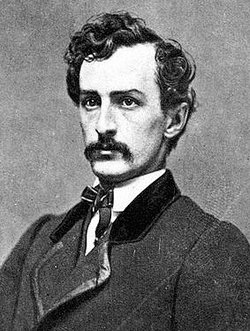