U.S. Major General, worked with Garand on the Development of the machinegun. 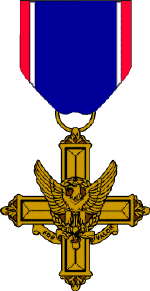 entered the Coast Artillery at Fortress Monroe, Virginia and was commissioned 2nd Lieutenant, US Army

and entered the U.S. Army. In 1926, transferred to the office of the Chief of Ordnance, he was assignment at the Springfield Arsenal, Springfield, Massachusetts, Guy Drewry worked with John C. Garand

in developing the M-1 rifle of World War II fame. The M-1 semiautomatic or Garand rifle an ideal weapon for the battlefields of World War II, where it was standard-issue for American troops and a key factor in the allied victory. John Cantius Garand died at the old age of 86, on 16-12-1974, in Springfield, Massachusetts. Drewry returned to Washington to direct the small arms procurement office in 1935 and was appointed a Brigadier General in 1941. During World War II he commanded the Springfield Ordnance District and was responsible for procuring $2 billion worth of munitions from industry in New England. General Guy Drewry retired from the US Army in 1946. Guy Humphrey Drewry married Louise Smith Northington, 15-09-1917.

Drewry died 06-04-1973, at the age of 78 and is buried with his wife Louise, born Smith Northington, who died very old age 94 in 1989, on Arlington National Cemetery, in Section 6. In Section 6 are also buried Major General, Commander 44th Artillery Division

also retired from the Army with the rank of Colonel and they are buried together.