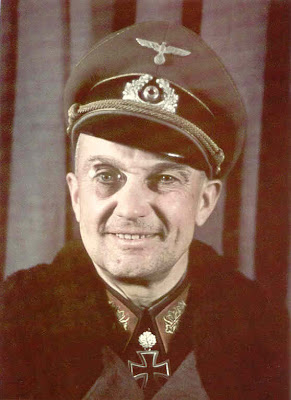 committed suicide and was held until 1947. Denkert entered the Army Service as a war volunteer in the Replacement Battalion of the 84th Infantry Regiment, on 22-08-1914. Denkert participated during the whole war and was wounded in hospital

, in captivity on 08-05-1945, at the end of the war in the Ruhr pocket. Marshal, Walter Model committed suicide in the woods close by.
Walter Denkert received the Iron Cross and Denkert’s Knight’s Cross and his recommendation reads as follows…“Oberst Denkert had been assigned command of the 19th Panzer-Division,

and in this capacity he launched an attack with his heavily weakened Kampfgruppe from the Skala area along the road towards the northwest on the 31-03-1944. Following extremely tough combat against much larger infantry and tank forces they succeeded in taking Gusztyn. Thereafter, following fluid and costly fighting for both sides, Losiacz was stormed, all while Oberst Denkert was continually inspiring his troops from the foremost line. 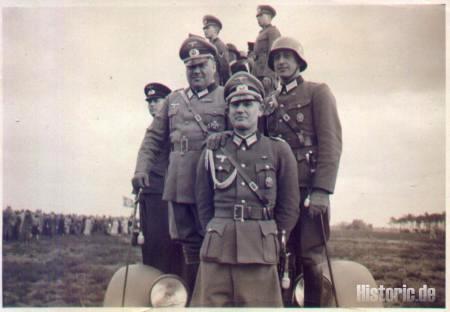