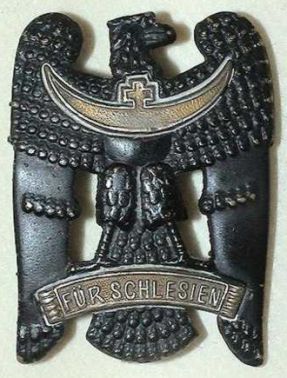 , joined the Imperial Army in 1911 as a Fahnenjunker at the 9th Dragoons in Metz. With the regiment he moved to the field at the beginning of the war as a leutnant. As a patrol leader, he proved himself in France. He then took, part as Ordonnanzoffizier on the Eastern campaign. At Brzeziny he took part in the riders attack, which led to the breakthrough by the Russian front. He then participated in the attempt to raise the headquarters of Grand Duke Nikolai Nikolayevich.

Grand Duke Nicholas died on 05-01-1929, age 72, of natural causes on the French Riviera, where he had gone to escape the rigors of winter. In 1916 Crüwell was promoted to leutnant and became regimental adjutant. Subsequently, his general staff training began at various higher staffs. After the war, he was taken to the Reichswehr

and transferred to the Reich Ministry of Defense. In May 1922 he was promoted to Hauptmann. After completion of the General staff training in 1925 he was transferred to the staff of the 2nd Cavalry Division to Wroclaw. From 1928 to 1931 he was squadron chief in the Reiter Regiment 12 in Großenhain in Saxony and was then transferred to the Wehrkreiskommando VI, from October 1935 designated VI. Army Corps.

In 1937 he was commanded as Oberstleutnant to the antitank troop to Stuttgart. On 01-02-1938 he took over the Panzer Regiment 6 in Neuruppin as commander, succeeding Oberst Johannes Meyer.

under command of Generalfeldmarschall Ernst Busch.

Crüwell was the commander of the 11th  Panzer Division

. The 11th did not take part in the western campaign, or see any action before Serbia. Crüwell was captured by the British on 29-05-1942, after his plane was forced to land. Crüwell and General der Panzertruppe, commander 3rd Panzer Division, Panzer-Lehr-Division, Fritz Bayerlein

became commander of a the Afrika Korps

who on the same day took command of Panzer Army Africa, consisting of one infantry and two Panzer divisions. On 29-05-1942, Crüwell was inspecting operations by air in Libya. His Fieseler Fi 156

pilot mistook British troops for Italian soldiers and landed. Although the pilot was fatally wounded, Crüwell survived and was taken prisoner.

and on 22-03-1943, was intentionally placed with another POW, General der Panzertruppe in the German Africa Corps. DAK, Wilhelm Ritter von Thoma,

who during the meeting disclosed intelligence regarding the V-2 rocket, (see Wernher von Braun)

and used for RAF Operation Hydra bombing raids on Peenemünde, i.e.; surprise that London was not yet in ruins from German rockets being tested at a ‘special ground near Kummersdorf he had visited.

Inmates of Trentpark November 1943. Standing left to right, Von Glasow, Boes, Hubbuch, Buhse, Schmidt, Borcherdt, and seated Egersdorff, Crüwell, von Arnim, Meixner and von Hülsen.  During the desert war in Africa from 13-09-1940 until Mai 1943, the allied forces lost more then 250.000 men, death, wounded and captured. The As force’s casualties were 620.000 men included 250.000 prisoners of war. Ludwig Crüwell died age 66 in Essen and is buried with his parents, father Louis and mother Mathilde, on the Ostfriedhof of Dortmund in the Crüwell family grave.