germanygovernment
Brüning, Heinrich, born on 26-11-1885 in Münster, Niedersachsen. Brüning was born into a middle class family, the son of a wine merchant and received a sound education. Brüning lost his father when he was one year old and thus his elder brother Hermann Joseph played a major part in his upbringing. Although brought up as a devout Catholic, Brüning was also influenced by Lutheranism’s concept of duty, since the Münster region was home to both Catholics, who formed a majority, and Prussian-influenced Protestants. Brüning studied history in Munich, Strasbourg and London where he carried out research into British railways. Historian Friedrich Meinecke 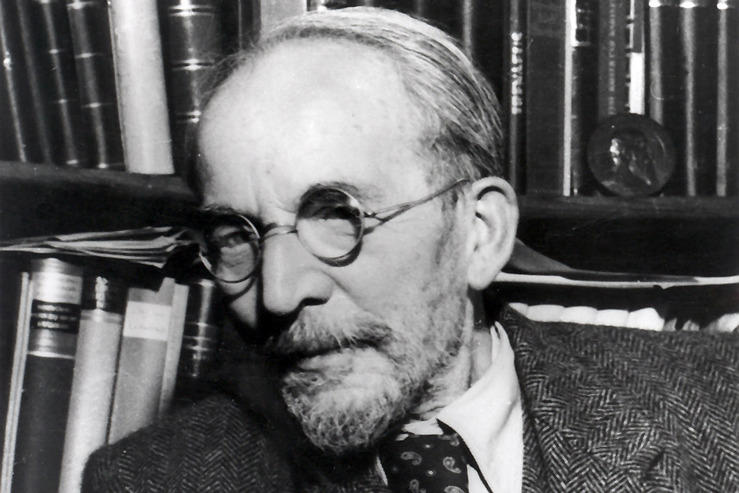 , one of his professors at Strasbourg, had a major influence on Brüning. Meinecke died old age 91, on 06-02-1954, in Berlin. Brüning got a doctorate in economics and in World War I got a commission into the Machine Gun Corps. In 1918, he won the Iron Cross First Class. He rose to lieutenant in infantry regiment No. 30, “Werder Graf”

, and company commander by the end of the war. Despite having been elected to a soldiers council after the 1918 armistice Brüning did not approve of the German Revolution of 1918-1919 which ended with the establishment of the Weimar Republic. He entered politics after the war and joined the Centre Party. In 1924, he was elected to the Reichstag. His rise up the ranks was very rapid as he gained a very good reputation for his knowledge of economics and more important, solving economic problems. In March 1930, President Paul von Hindenburg, as the Weimar Constitution allowed appointed Brüning Chancellor. Brüning feared that people would take to the streets and that this would play into the hands of the Nazis. Brüning remained in power but now persuaded a more nationalistic foreign policy in an effort to please the growing shift to the right in German politics. Brüning’s economic policies proved to be ineffective and with Germany’s unemployment rate continuing to grow the country’s president, Paul von Hindenburg, advised by Kurt
Schleicher forced him to resign in May, 1932, and he was replaced as chancellor by Franz “Fränzchen” von Papen

When Adolf Hitler (did you know) (see Alois) (see William Patrick Hitler) and the Nazi Party gained power in 1933 Brüning left Germany to Holland and from there made his way to America as he emigrated to the United States. Brüning was appointed as professor of political science at Harvard University (1937-1951).

He also worked at the University of Cologne (1951-55) before returning to the United States. 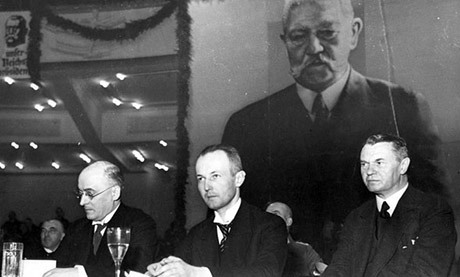 Heinrich Brüning died in Norwich, Vermont, on 30-03-1970 at the old age of 84. He is buried on the Zentralfriedhof in Münster and close by are the graves of two WWII Generalleutnant der Flieger, Chef der Luftwaffe Adminstratie, Hans Sommer and Generalmajor der Artillerie, Chef der Psychologische Testbüro VI, Theobald von Hülst.