Pennsylvania, the second son of William Brereton and Helen, born Hyde. The family moved to Annapolis, Maryland, while Brereton’s older brother William Jr, was a midshipman at the Naval Academy. His father was a succesful ming engineer and a 4th generation Irish-American Academy, Hisfather was a succesful ming engineer and a 4th generation Irish-American. His mother was English and Epicscopalian by birth. At the age of eight, Brereton suffered a recurring infection of the middle ear, purulent otitis media, which proved impossible to treat in the pre-antibiotics era. His personality charcteristics were said to be “cool and thoughtful”, able to “think rapipidly on his feet”, with a “quick, analytical mind”. However, he was also said to have an ” appropriate temper”and “able to swear in three or four languages”, a “party-loving streak”, and when referring to himself to use the third person.He had a reputation, especially among critics, for being hedonistic. General. Omar Nelson Bradley, who intensely disliked Brereton, was quoted by a biographer of Dwight D. Eisenhower as saying that Brereton was “marginally competent … (and) more interested in living in the biggest French chateau”. However, from July 1942 to the end of the war, Brereton had a close association with and was well-regarded by Royal Air Force Air Marshal Sir Arthur Coningham,

who found in him not just a fellow bon vivant but an effective air commander on whom he could rely for efficient and competent cooperation. Sir Coningham disappeared on 30-01-1948, age 53, when the airliner G-AHNP Star Tiger

in which he was travelling to Bermuda was lost off the east coast of the United States.

A 1911 graduate of the United States Naval Academy

, Brereton began his military career as a United States Army officer in the Coast Artillery Corps

prior to World War I, but spent the remainder of his service as a career aviator. He went overseas in October 1917 and the following March was placed in command of the 12th Aero Squadron

,  one of the first American flying units on the front. During this time he carried out extensive operations in both the Toul and Luneville sectors. After the armistice, he was appointed Chief of Staff, Third Army Air Service, under Pershing, Pershing died on 15-11-1948, on 19-11-1918,

Upon the outbreak of World War II, he commanded the Far East Air Force. In October 1943, he relinquished this command serving thereafter as Commanding General of the Ninth Air Force

in the European theater. Brereton was promoted to Lieutenant General in April 1944, as his units began a campaign of planned attacks against airfields, railway centers and rolling stock, coastal batteries, and bridges in France preparatory

In August 1944, he was assigned to command the First Allied Airborne Army

. Brereton and was appointed 02-08-1944, as commander of the “Combined Airborne Headquarters”, reporting directly to SHAEF

. He was an important commander during the Operations “ Market Garden “, Maxwell Davenport Taylor‘s

warriors, liberated my hometown of Eindhoven

army crossed the river Rhine. He was physically described early in World War II as “5-06”, “stocky build”, “brown-eyed”, “black-haired”, and “raspy-voiced”. His personality characteristics were said to be “cool and thoughtful”, able to “think rapidly on his feet”, with a “quick, analytical mind”. However he was also said to have an “appropriate temper” and “able to swear in three or four languages”, a “party-loving streak”, and when referring to himself, to use the third person.

Lieutenant General Lewis Brereton died at the age of 76, on 01-08-1967 of a heart attack in the Walter Reed Army Medical Center in Washington D.C.. 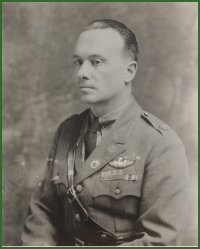 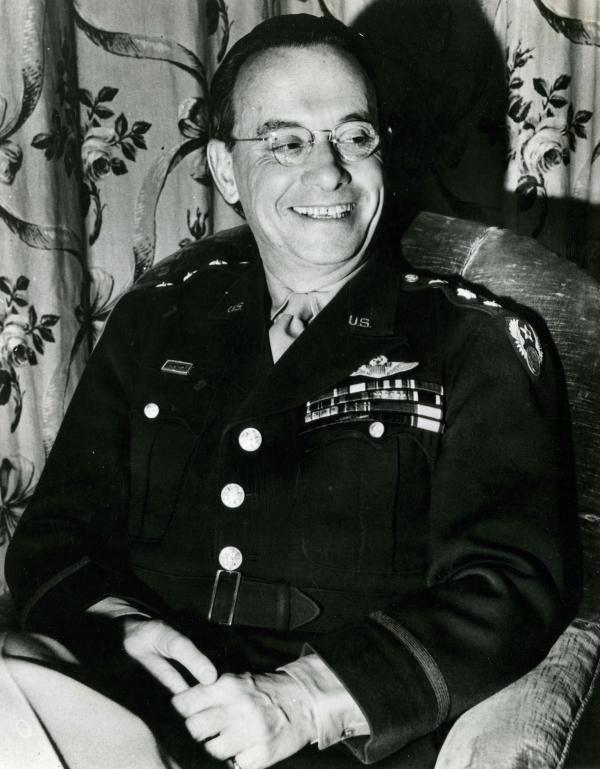