, in his noble Bothmer family with many professional soldiers, Richard was prepared for the officer profession at an early age. On 01-04-1910, he joined Infantry Regiment No. 138 as a cadet and was immediately promoted to leutnant, 19 years old. Taken ill in hospital from 12-02-1915 until 06-03-1915 and recovered as regiment adjutant on the front of the first war. At the same time temporary adjutant of the 65th Infantry Brigade to 17-12-1917. Transferred back to the 138th as a company leader to 07-12-1918, as an Oberleutnant. He remained in the Reichswehr, climbed the ranks to Oberst on 01-10-1937 as commander of Salzburg. At the beginning of World War II, he was commander of the 499th Infantry Regiment. Bothmer was in the infamous Führer Reserve (see Adolf Hitler)

also in the Remagen sector. The local bridge of Remagen was occupied on 07-03-1945 by the Americans.

Because he had evacuated the city as a combat commander of Bonn on March 8, before the advancing American troops without a fight to avoid further casualties and destruction, he was arrested on 10-03-1945. from 14-02-1945 until 10-03-1945, as he was imprisoned accused with the abandonment of Bonn and insubordination.

This was not the truth, but the disappointed Bothmer, his wife was dead and his son had been killed in the war, grabbed a pistol belonging to a court official and committed suicide in the courtroom on 10-03-1945, at the age of 48. Now, von Botmer has a place of honor on the war cemetery of the small town Hennef, close to
Harry Crosby 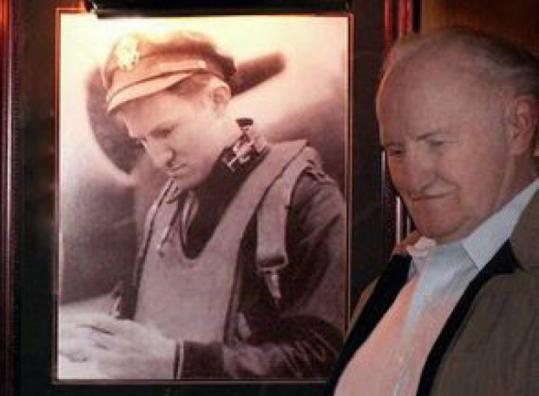 as a navigator in World War II, avoided bombing Bonn, Germany, because he read that Beethoven was from there. He recalled “grabbing the bombardier by the shoulder’’ and saying “we would not go to Bonn. Over the intercom someone asked me why not and, after giving the pilot a new heading, I explained that this was where Beethoven went to school.’’ Colonel Crosby, a decorated World War II veteran who later became a professor of rhetoric at Boston University, died July 28 at Jesmond Nursing Home in Lynn. He was 91.