Oberst of the Wehrmacht. Commanding officer of the Flughafenbereichs Kommando 22/XI in Brüssel.

germanyWehrmachtOberst
Aschoff, Walter, born 10-04-1892, was a World War II Oberst of the Wehrmacht.

He was in his younger years a pilot and observer.

and later in Bosta 17, and flew in several bombing raids over England with their Gotha G.V

. The Gotha G.V was a long-range heavy bomber used by the Luftstreitkräfte (Imperial German Air Service)

This bomber was agile for its size and difficult to shoot down, but because of its large size, and its unexceptional engine power, it demanded high skill from pilots during takeoffs and landings. The Gotha G. Vs were principally used as night bombers, and dropped 83 tons of bombs over England. The armament of the Gotha were: Guns: 2 or 3 × 7.92 mm (.312 in) Parabellum MG 14 machine guns and Bombs: 14 × 25 kg (60 lb.) bombs
Aschoff also wrote a book about the campaign, “London flüge 1917″. “Flights over London”,

Der Kampf des ersten Englandgeschwaders, the fight of the first England squadron. Aschoff served as an Oberleutnant in the Reichsluftfahrtministerium in Berlin 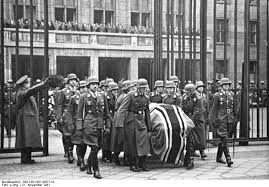 and later in the rank of an Oberst and commanding officer of the Flughafenbereichs Kommando 22/XI in Brüssels until 1943.

he landed in Belgium prison and died their at the age of 53, on 14-01-1946. He is buried on the large, 39.000 graves, cemetery of Kriegsgräberstätte, Lommel in Belgium, the largest German cemetery in Europe. 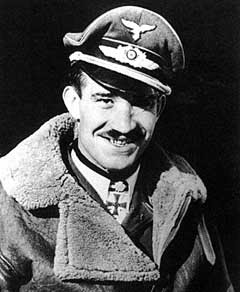