Oswald Rothaug, born on 17 May 1897, in Mittelsinn, was In June 1933 named a prosecutor in Nuremberg, and in April 1937 he became the regional court director in Schweinfurt and director of Nazi “special courts” or “Sondergerichts” at Nuremberg. In 1938 he became a member of the German Nazi Party, though he had applied the year previously. He worked closely with the Sicherheitsdienst or intelligence apparatus like jurist Roland Freisler, of the Nazi SS.

In 1942 he sentenced a 25-year-old Polish slave-laborer to death, explaining that “the inferiority of the defendant is clear as he is a part of Polish sub humanity.

Rothaug sought after and presided over the trial of Leo Katzenberger

in March 1942, ordering his execution for “racial defilement” in May 1943. Katzenberger a Jewish businessman and leading member of the Nuremberg Jewish community, Rothaug accused the elderly Jewish man of having sexual relations with a younger German woman, Irene Seiler 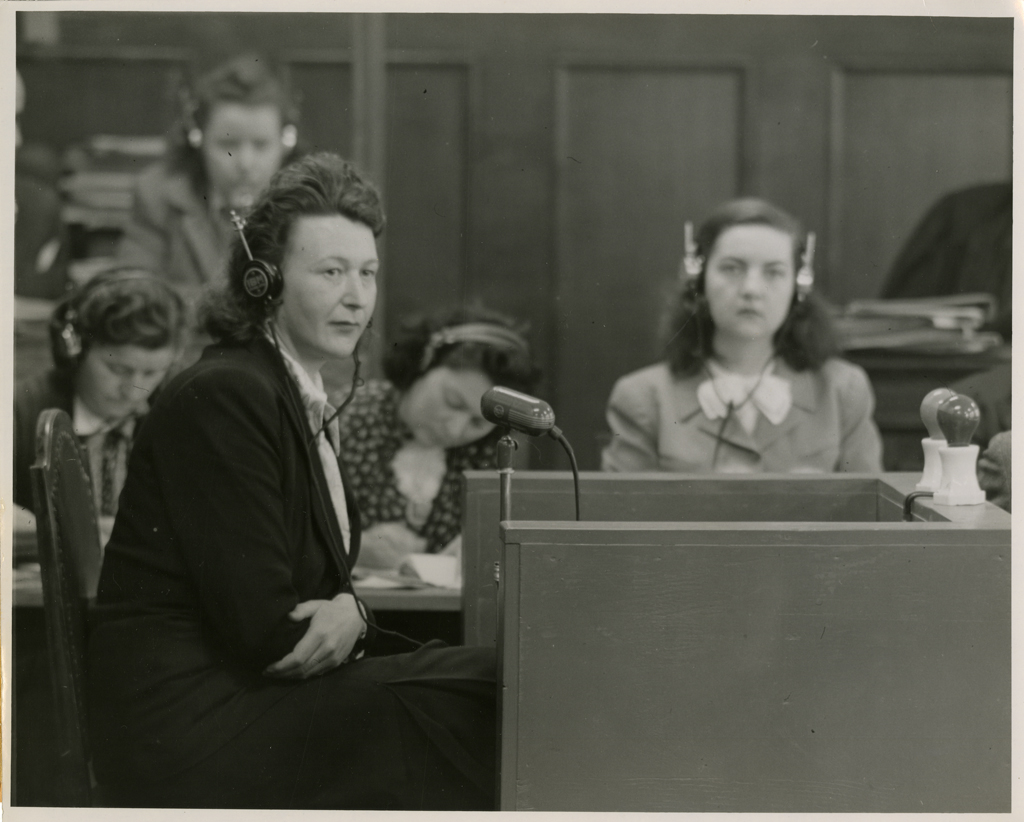 , which was a crime in Nazi Germany according to the Rassenschande or “racial purity” laws, a part of the Nuremberg Laws. Both Katzenberger and Seiler denied the accusations. Following the trial, Rothaug was brought to Berlin as a member of the Nazi People’s Cout. Katzenberger Leo Katzenberger was guillotined at Stadelhem Prison in Munich on 2 June 1942. Irene Seiler was found guilty of perjury for denying an affair had taken place and sentenced to two years imprisonment—in accordance with Hitler’s wishes, women were not charged under the Racial Protection Law, but could be charged with perjury or obstruction of justice. Irene Seiler died age 74 in July 1984 in Apolda.

During the Nuremberg Trials Rothaug was sentenced to life imprisonment on 14 December 1947 for crimes against humanity. He was the only defendant not to be convicted of all charges, being found guilty only of “crimes against humanity,” and not guilty of “war crimes through the abuse of the judicial and penal process” and “membership in a criminal organization.” Nonetheless, the court commented in its judgment that:

“By his manner and methods he made his court an instrumentality of terror and won the fear and hatred of the population. From the evidence of his closest associates as well as his victims, we find that Oswald Rothaug represented in Germany the personification of the secret Nazi intrigue and cruelty. He was and is a sadistic and evil man. Under any civilized judicial system he could have been impeached and removed from office or convicted of malfeasance in office on account of the scheming malevolence with which he administered injustice.

Anneliese Kohlmann who whipped inmates including pregnant women across the face, kicking until they lost consciousness