Finally, on June 22, 1941, Germany and its allies launched Operation Barbarossa

, a massive invasion of the Soviet Union from the Baltic shore in the north to the Black Sea in the South. The Soviets were caught by surprise. (The USSR knew Germany would attack eventually and had war gamed various scenarios but did not expect the invasion so soon.) Their military leadership had been decimated by Stalin’s purges of the 1930s, in which he removed—often killed—many of the most effective commanders and replaced them with political stooges. In the Finnish-Soviet War (Winter War) between November 30, 1939 and March 12, 1940, tiny Finland repeatedly stymied an invasion by the giant Soviet Union for months until finally forced to yield to overwhelming numbers; the peace settlement gave the Soviets 25,000 square miles of Finnish territory.

Initially, the Axis invasion of the USSR was a dramatic success. The invading wave swept steadily eastward, reaching the gates of Moscow by the beginning of 1942, but Soviet determination and much greater numbers of men and equipment, combined with the vast distances and severe weather of the USSR halted the onslaught and forced a German retreat.

At Stalingrad two combatants fought a vicious, building-by-building, street-by-street battle from July 17, 1942, to February 2, 1943. In November 1942, the Soviets launched a two-prong counterattack that encircled and ultimately captured the German Sixth Army

The Red forces advanced westward rapidly until halted in the Third Battle of Kharkov. In the spring of 1943, a bulge developed in the Soviet lines near Kursk 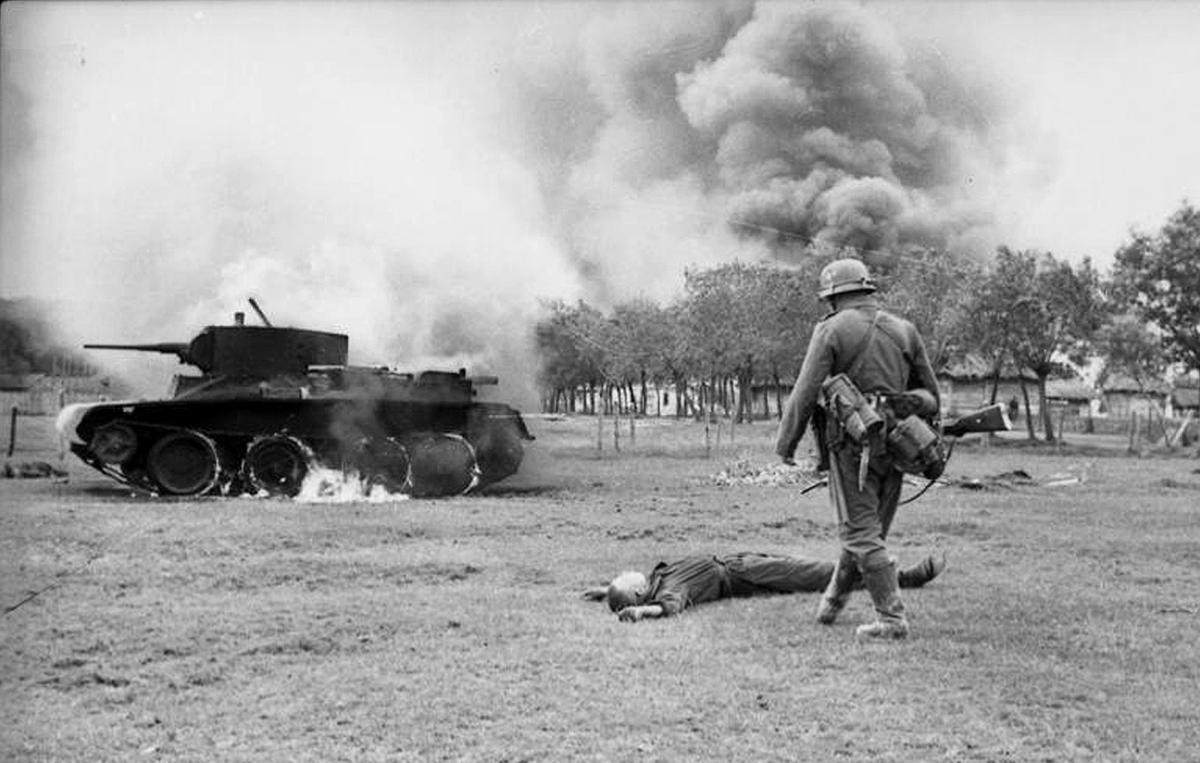 . That summer, the Germans struck with their own two-prong assault, intending to isolated and capture or destroy Soviet forces within that bulge. Both sides committed large numbers of men and material; Kursk has long been believed to have been the largest tank battle in history but recent research is casting doubt on the long-accepted numbers. At any rate, the German offensive failed. From that point on, Soviet forces advanced westward, entering the German capital of Berlin in April 1945.

Within a single week, German forces advanced 200 miles into Soviet territory, destroyed nearly 4.000 aircraft, and killed, captured, or wounded some 600.000 Red Army troops. By December of 1941, German troops were within sight of Moscow, and they laid siege to the city. But, when the notorious Russian winter (nicknamed “General Winter”) set in, German advances came to a halt. By the end of this, one of the largest, deadliest military operations in history, Germany had suffered some 775.000 casualties. More than 800.000 Soviets had been killed, and an additional 6 million Soviet soldiers had been wounded or captured. Despite massive advances, Hitler’s plan to conquer the Soviet Union before winter had failed, at great cost, and that failure would prove to be a turning point in the war. 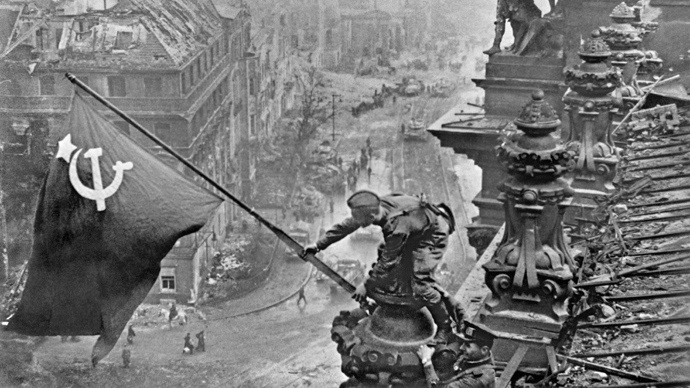