The Flensburg Government also known as the Flensburg Cabinet (Flensburger Kabinett), was the short-lived government of Nazi Germany during a period of several weeks around the end of World War II in Europe. The government was formed following the suicide of Adolf Hitler on 30 April during the Battle of Berlin, and headed by Grand Admiral Karl Dönitz 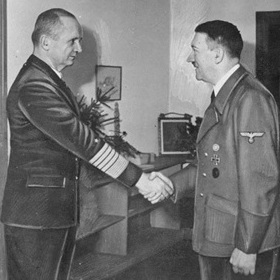 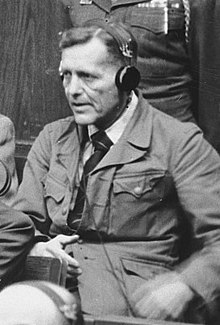 as the Reichspräsident and Leading Minister (Reich Chancellor) respectively. Lutz Graf Schwerin von Krosigk died very old age 89 on 04-03-1977 in Essen. The administration was referred to as the “Flensburg Government” because Dönitz’s headquarters was located in the city of Flensburg in Northern Germany. Due to the rapid Allied advance, its effective jurisdiction was limited to a narrow wedge of territory running from the Austrian border through Berlin to the Danish border. Hitler in his political testament named Grand Admiral Karl Dönitz his successor as Reich President and Supreme Commander of the Armed Forces, and designated Propaganda Minister Joseph  Goebbels

head of government as Reich Chancellor. The Goebbels couple killed their six children and committed suicide in the Berlin Führerbunker on May 1. Dönitz, who was not in Berlin, accepted the office in a broadcast address. The remaining ministers of the Hitler cabinet, who had fled from the Battle of Berlin to Wehrmacht barracks near Plön in Holstein, officially resigned the next day.

Dönitz assigned Finance Minister Lutz Graf Schwerin von Krosigk with the formation of a Reich government. His cabinet first met in Eutin on May 2; immediately afterwards, it had to proceed to the Mürwick naval academy in Flensburg

in view of advancing British Second Army forces, capturing the nearby city of Lübeck on the same day.

Dönitz’ main task was the initiation of the German Instrument of Surrender, signed by the Oberkommando der Wehrmacht (OKW) on May 8/9. Within Allied occupied Germany, the Schwerin von Krosigk cabinet officially resided at the Mürwik naval base until the arrest of its ministers on May 23. This government was never recognised by the Allied powers or by anyone else. By the Berlin Declaration of June 5, the supreme authority in the German Reich passed to the Allied Control Council. On 12 May, American Major General Lowell W. Rooks

arrived in Flensburg and established their quarters in the passenger ship Patria, docked in Flensburg harbour. Their mission was to liaise with the Dönitz “acting government” and to impose the will of the victorious Allied Powers on the German High Command. After several contacts between the Allied liaison officers and the Dönitz acting government, on 21 May the Supreme Head quarters Allied Expeditionary Force (SHAEF),

in agreement with the Soviet High Command, decided to dissolve the Flensburg government and arrest its members as POWs. The dissolution was carried out on 23 May. On that day, a British officer went to Dönitz’s headquarters and asked to speak to the members of the government. Dönitz, Hans Georg von Friedeburg

were then taken aboard the Patria, where Major General Rooks informed them of the dissolution of the Government and placed them under arrest. 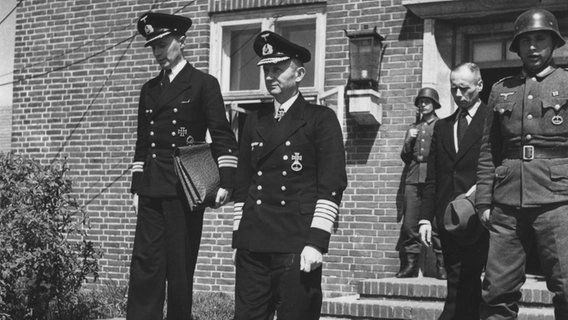 The communication regarding the dissolution of the acting Government and the arrest of its members was made in a formal manner, around a table on Patria’s deck: Dönitz, Jodl and Von Friedeburg sat on one side, with Major General Rooks, British Navy Captain Mund and Soviet General Nikolai Trusov

on the other. Brigadier Foord remained standing, next to Major General Rooks, and an official interpreter was also present at the proceedings.

By the time Dönitz emerged from the ship, the town’s main street was filled with British tanks and troops rounding up the Germans. Von Friedeburg committed suicide

, while Dönitz, Albert Speer), Alfred Jodl  and other members of the dissolved Flensburg Government were taken prisoner. The war had a definite end now on May 23th 1945.