Irma Grese as “the Beautiful Beast”

Irma Ida Ilse Grese (7 October 1923 – 13 December 1945) was a female SS guard at the Nazi concentration camps of Ravensbrück and Auschwitz, and served as warden of the women’s section of Bergen Belsen where the Jewish girl Anne Frank died.

was convicted for crimes against humanity committed at Auschwitz and Bergen-Belsen, and sentenced to death at the Belsen trial. Executed at 22 years of age, Grese was the youngest woman to die judicially under British law in the 20th century. She was nicknamed by the camps’ inmates “the Hyena of Auschwitz”

Irma Grese was among the 45 people accused of war crimes at the Belsen Trial. The trials were conducted under British military law in Lüneburg, and the charges derived from the Geneva Convention of 1929 regarding the treatment of prisoners.

The accusations against her centred on her ill-treatment and murder of those imprisoned at the camps. Survivors provided detailed testimony of murders, tortures, and other cruelties, especially towards women, in which Grese engaged during her years at Auschwitz and at Bergen-Belsen. They testified to acts of sadism, beatings and arbitrary shootings of prisoners, savaging of prisoners by her trained and allegedly half-starved dogs, and to her selecting prisoners for the gas chambers. Grese was reported to have habitually worn heavy boots and carried a whip and a pistol. Witnesses testified that she took pleasure in using both physical and psychological methods to torture the camp’s inmates and enjoyed shooting prisoners in cold blood. They also claimed that she beat some women to death and whipped others using a plaited whip.

Irma Grese’s testimony, under direct examination, about her background:

and worked for six months on agricultural jobs at a farm, after which I worked in a shop in Lychen for six months. When I was 15 I went to a hospital in Hohenlychen, where I stayed for two years. I tried to become a nurse but the Labour Exchange would not allow that and sent me to work in a dairy in Fürstenberg. In July, 1942, I tried again to become a nurse, but the Labour Exchange sent me to Ravensbrück Concentration Camp, although I protested against it. I stayed there until March, 1943, when I went to Birkenau Camp in Auschwitz. I remained in Auschwitz until January, 1945.

During the trial, the press labelled Irma Grese as “the Beautiful Beast” alongside Josef Kramer (“the Beast of Belsen”).

Although the charges against some of the other female wardens (a total of 16 were charged) were as serious as those against Grese, she was one of only three female guards to be sentenced to death. After a fifty-three day trial, Grese was sentenced to death by hanging

. Josef Kramer the Auschwitz commander was also hanged in the Hameln prison too by the hangman Albert Pierrepoint in Hameln. 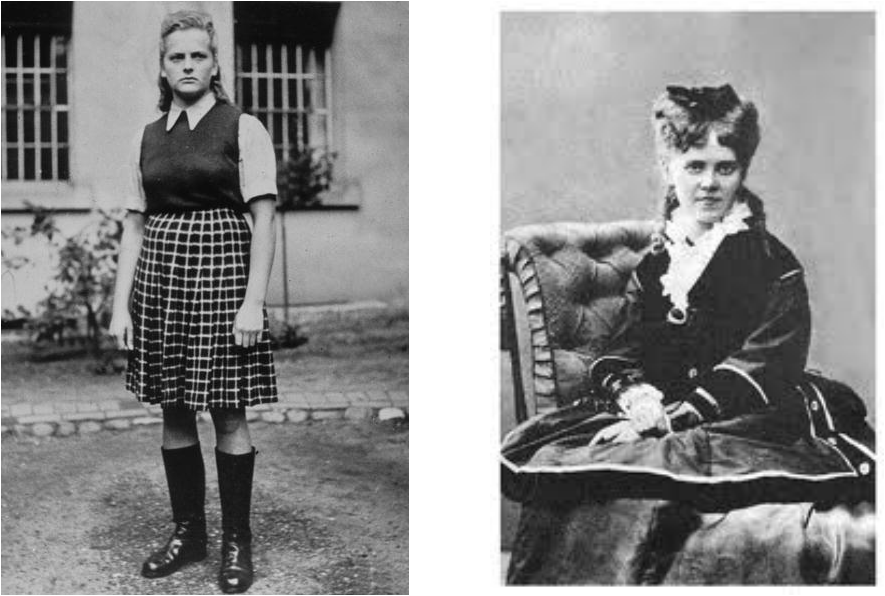 The 101st Airborne Division. 506th Band of Brothers, liberators of my hometown Eindhoven.