chief of the SS, assistant chief of the Gestapo, and architect of Hitler’s program to exterminate European Jews, commits suicide one day after being arrested by the British.

As head of the Waffen-Schutzstaffel (“Armed Black Shirts”), the military arm of the Nazi Party, and assistant chief of the Gestapo, the secret police, Himmler was able over time to consolidate his control over all police forces of the Reich. The power he would ultimately wield would rival that of the German army; it would also prove highly effective in eliminating all opposition to Hitler and the party, as well as in carrying out the Fuhrer’s Final Solution. It was Himmler who organized the creation of death camps throughout Eastern Europe and a pool of slave labourers in private deliberation with Adolf Hitler.

Himmler’s megalomania, which included a plan to surrender to the Western Allies late in the war in order to pursue the fight against Russia unimpeded, caused Hitler to strip him of all his offices and order his arrest. Himmler attempted to slip out of Germany disguised as a soldier, but was caught by the British.

Unwanted by his former colleagues and hunted by the Allies, Himmler attempted to go into hiding. He had not made extensive preparations for this, but he had equipped himself with a forged pay book under the name of Sergeant Heinrich Hitzinger. With a small band of companions, he headed south on 11 May to Friedrichskoog, without a final destination in mind. They continued on to Neuhaus, where the group split up. Himmler a small disheveled figure with a patch over his left eye

and two aides were stopped at a checkpoint, which had been set up by former Soviet POWs, on 21 May and detained. Over the following two days he was moved around to several camps, and was brought to the British 31st Civilian Interrogation Camp near Lüneburg on 23 May. The duty officer, Captain Thomas Selvester

began a routine interrogation. Himmler admitted who he was, and Selvester had the prisoner searched. He was taken to the headquarters of the Second British Army in Lüneburg,

where Doctor Wells conducted a medical exam on Himmler. The doctor attempted to examine the inside of Himmler’s mouth, but the prisoner was reluctant to open it and jerked his head away. Himmler then bit into a hidden cyanide pill and collapsed onto the floor. He was dead within fifteen minutes 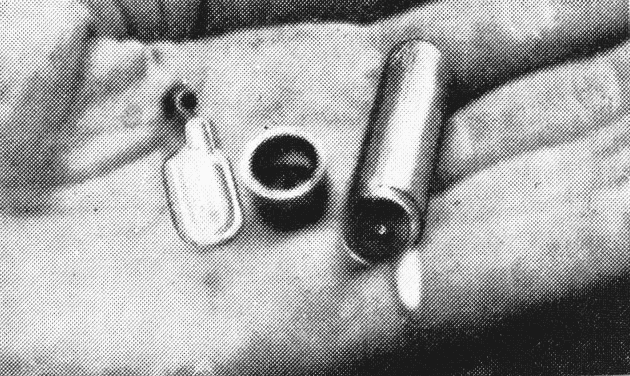 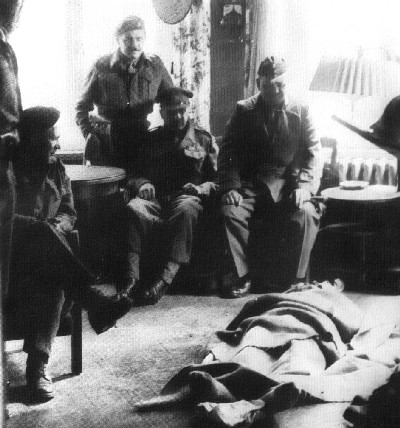 Shortly afterward, Himmler’s body was buried under a big tree in an unmarked secret grave near Lüneburg Forrest. The precise location of the grave remains only known by the auteur of the “After the Battle” war magazine who got the information from the two British soldiers who buried Himmler. These sergeants were Bill Ottery and Ray Weston and the auteur gave his promise to hold the secret.

Crimes against children in Poland