Ever since Cain and Abel, there have been siblings who have behaved in totally opposite ways, but surely none as dramatically as Hermann and Albert Günther Goering.

Hermann Goering was Hitler’s second-in-command and an architect of the “final solution”. His brother Albert 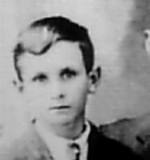 , born 09-03-1895 in the Berlin suburb of Friedenau. He was the fifth child of the former Reichskommissar and German Consul General to Haiti, Heinrich Ernst Goering and his wife Franziska “Fanny” Tiefenbrunn, who came from a Bavarian peasant family. Albert was a passionate anti-Nazi who risked his life to save Jews. As Richard Sonnenfeldt, here with Rudolf Hess,

(a leading interpreter at the Nuremberg trials) put it: “one brother destroyed the world and the other bettered it.”

Albert’s life-saving efforts to better the world are now known. He scrubbed streets with elderly Jewish women sadistically humiliated by the SA, thereby risking a beating.

He was arrested for hitting a member of the SA who had ridiculed a Jewish woman, and obtained Gestapo immunity for his Jewish doctor in Rome, who was about to be deported to a concentration camp. He prevented a work colleague, who was married to a Jew, from being deported to a camp by providing them both with a safe place to hide in Bucharest for the duration of the war.

His most daring rescue of Jews was when he used his position as a manager at the Skoda works in Prague and simply turned up at the Theresienstadt camp with a load of trucks he had commandeered and said he needed to fill them with workers needed at the Skoda plant in Prague. The Commandant agreed because it was Albert Goering asking. Goering took the prisoners into the woods and freed them all. Although he was able to exploit the fact that he was Hermann Goering’s brother, no one should underestimate the immense risks he took. On at least one occasion, the SS – which had compiled a file on him as a result of his anti-Nazi activities – issued an order to shoot him on sight. Hermann had to intervene on several occasions to save his brother’s life.

After the war, Albert Goering was incarcerated at Salzburg at the 7th Army interrogation centre, simply because he was the Reich field Marshall’s brother. It was at this point that he produced a list of 34 names of people whom he had saved from the concentration camps. No one believed him until he encountered an American interrogator whose Austrian-Jewish aunt had been saved by Goering.

Yet Albert had the mark of Cain on him. And when Austrian companies refused to employ him on account of his surname, Jews whom he had saved provided him with some financial support and even food parcels.

Eventually, a decade after the war, he obtained employment with an engineering company.

, was driven by an innate sense of justice, regardless of the consequences. Yet his brave actions have gone largely unacknowledged, his life relegated to a footnote to his brother’s brutal history. William Hastings Burke has done a great service by bringing Albert’s deeds to light. Many survivors and their descendants scattered across the globe owe their lives to him. It is time that he was recognised by Yad Vashem.