Erich Topp was born 02-07-1914 in Hanover, the son of engineer John Topp, and joined the Reichsmarine in 1934, serving his first stint after being commissioned as Leutnant zur See on the light cruiser Karlsruhe in 1937, before transferring to the U-Bootwaffe in October 1937. In May 1933, Topp joined the Nazi Party

and in 1934 also joined the Allgemeine-SS

and took part in four combat patrols before he was given his first command on U-57 on 5 June 1940.

, he operated mainly against convoys in the North Atlantic, sinking 30 ships and crippling several others on ten patrols. One of his victims during this period was the destroyer USS Reuben James, the first US warship to be sunk in World War II on 31 October 1941. While leading to diplomatic consequences with the United States, it was his sinking of the SS David H Atwater the following year that some writers have elevated into a controversy. When Topp spotted the coastal steamer David H. Atwater

off Chincoteaque, Virginia on 3 April 1942, he surfaced U-552, overtook it from astern, and attacked with his deck gun, which was common practice. Topp fired 93 rounds and set the ship on fire. From his KTB: “93 shots 8.8 cm, ran off at high speed.” Steamer sinks. Most of the crew jumped overboard and drowned. At least one writer claims Topp’s gunners turned machine guns on the crowded small craft, but this unverified claim falls apart upon close examination. First, the flames and gun damage made it impossible to use the damaged and destroyed lifeboats. Second, it was dark and other than the outline of the ship, there was little to be seen because U-552 was between 600 and 800 yards distant. Third, using a machine gun against a ship made no sense whatsoever, especially when ammunition was limited and it might be needed to fight off aircraft. Fourth, Topp’s KTB is absolutely silent on the matter. Last, Topp would never been allowed into the diplomatic corps after the war and stationed in Washington, DC, had he intentionally machine-gunned American merchant sailors. Twenty-four of the 27 sailors aboard were killed. Almost certainly many men were killed or wounded by the gunfire, but there is absolutely no evidence that this was intentional, or that machines guns were used, although it has been reported that way in a few books.

In October 1942, he was given command of the, based in Gotenhafen which put him in charge of introducing the new Type XXI Elektro Boot boats

to active service. He wrote the battle manual for the Type XXI, and shortly before the end of the war, he took command of U-2513, on which he surrendered on 8 May 1945, in Horten, Norway. From 20 May to 17

August 1945, Topp was a prisoner of war in Kragerog, Norway. 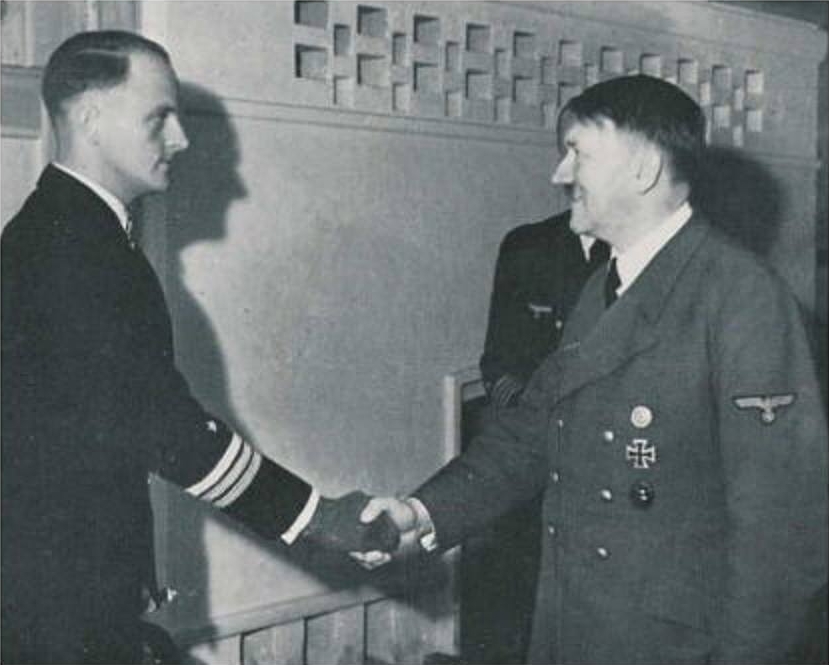 He sank 35 ships for a total of 197,460 gross register tons (GRT). After the war he served with the Bundesmarine, reaching the rank of Konteradmiral 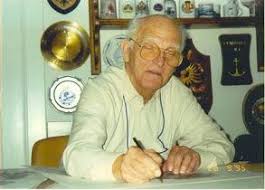 ; he was survived by two sons, Peter Kay (born. 1945) and Michael (born. 1950), and five grandchildren. He was cremated after a military funeral and his ashes were scattered by his sons in the North Sea.

Waffen SS.
What were Hitler's weaknesses?