paramilitary death squads of Nazi Germany that were responsible for mass killings, primarily by shooting, during World War II

The Einsatzgruppen were involved in the murder of much of the intelligentsia and cultural elite of Poland, and had an integral role in the implementation of the so-called “Final Solution. The Final Solution,  Endlösung or the Final Solution to the Jewish Question, die Endlösung der Judenfrage,  was a Nazi plan for the extermination of the Jews during World War II. This policy of deliberate and systematic genocide across German occupied Europe was formulated in procedural terms by Nazi leadership in January 1942 at the Wannsee Conference near Berlin,

and culminated in the Holocaust which saw the killing of 90 percent of Polish Jewry and two-thirds of the Jewish population of Europe..

Under the direction of Reichsführer Heinrich Himmler and the supervision of SS-Obergruppenführer Reinhard Heydrich, the Einsatzgruppen operated in territories occupied by the German armed forces following the invasion of Poland in September 1939 and Operation Barbarossa (the invasion of the Soviet Union) in June 1941. The Einsatzgruppen worked hand-in-hand with the Orpo Police Battalions 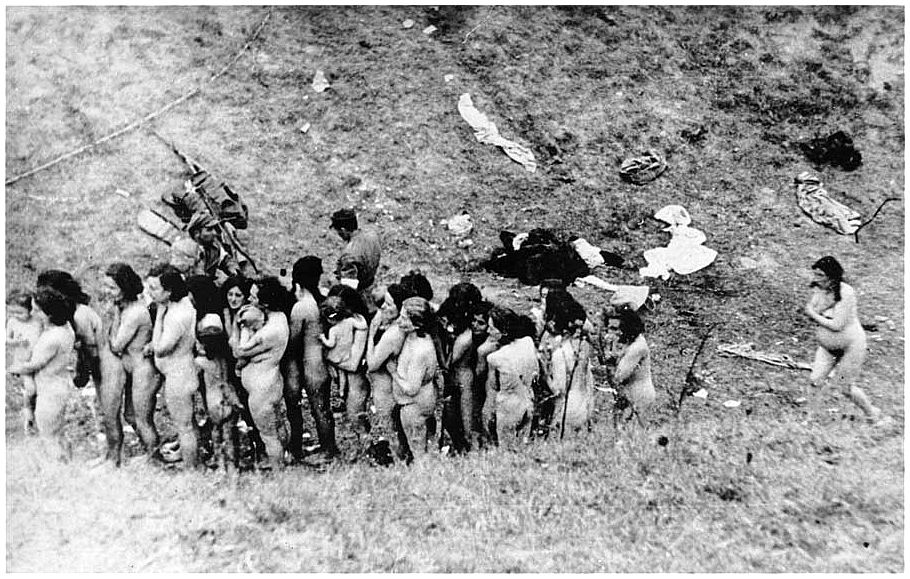 As ordered by Nazi leader Adolf Hitler, the Wehrmacht cooperated with the Einsatzgruppen and provided logistical support for their operations. Historian Raul Hilberg estimates that between 1941 and 1945 the Einsatzgruppen and related auxiliary troops killed more than two million people, including 1.3 million Jews. The total number of Jews murdered during the Holocaust is estimated at 5.5 to 6 million people.

After the close of World War II, 24 senior leaders of the Einsatzgruppen were prosecuted in the Einsatzgruppen Trial in 1947–48, charged with crimes against humanity and war crimes. Fourteen death sentences and two life sentences were handed out. Four additional Einsatzgruppe leaders were later tried and executed by other nations.