In the Netherlands , Liberation Day is celebrated each year on May the 5th to mark the end of the occupation by Nazi Germany during World War II.

which included in addition to Canadian forces the British 1st Corps

and the 1st Polish Armoured Division

Parts of the country, in particular the south-east, were liberated by the British Second Army

of Chindit fame. Calvert died old age 85 on 26-11-1998 in Surrey. On 5 May 1945, the Canadian General Charles Foulkes and the German Commander in Chief Johannes Blaskowitz 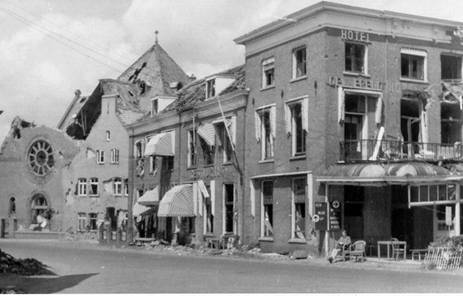 One day later, the capitulation document was signed in the auditorium of Wageningen University, located next door.

On 4 May, the Dutch hold “Dodenherdenking,”

Remembrance of the Dead for the people who fought and died during World War II and in wars in general. There are remembrance gatherings all over cities and in the country, the better-known at the National Monument on Dam Square in Amsterdam 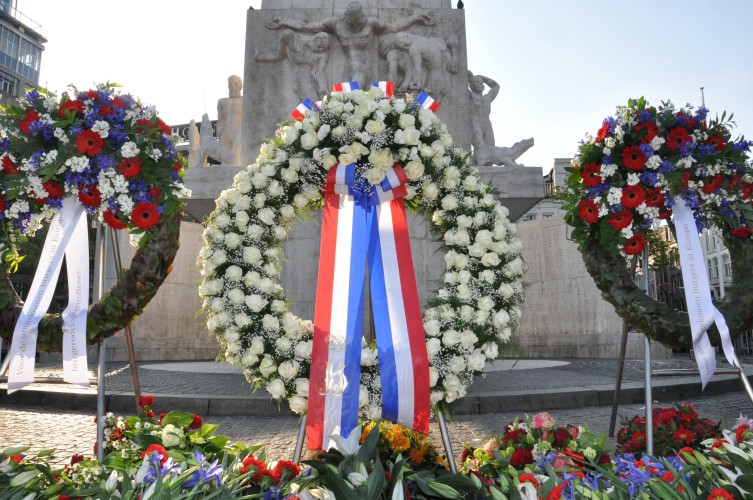 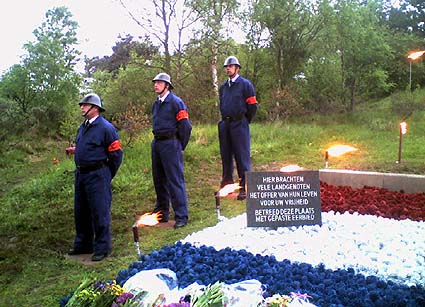 in the dunes near The Hague, one of the infamous Nazi execution places. Throughout the country, two minutes of silence are observed at 8 p.m. On May 5, the liberation is celebrated and festivals are held at most places in the Netherlands, with parades of veterans and 14 musical festivals through the whole country.

Russian prisoner-of-war camps.
The history of the 101st Airborne Division in WWII.