It was the female branch of the overall Nazi Party youth movement, the Hitler Youth. At first, the League consisted of two sections: the Jungmädel, or Young Girls League, for girls ages 10 to 14, and the League proper for girls ages 14 to 18. In 1938, a third section was introduced, the Belief and Beauty Society (BDM-Werk Glaube und Schönheit), which was voluntary and open to girls between the ages of 17 and 21.

The BDM was founded in 1930 as the female branch of the overall Nazi Party’s youth movement, the Hitler Youth (HJ). Its full title was the League of German Girls in the Hitler Youth

. It did not attract a mass following until the Nazis came to power in January 1933, but grew rapidly thereafter, until membership was made compulsory for eligible girls between 10 and 18 in 1939. Members had to be ethnic Germans, German citizens, and free of hereditary diseases.

, a former postal worker, was appointed to the position of BDM-Reichsreferentin or National Speaker of the BDM. After Mohr married in 1937, she was required to resign her position (the BDM required members to be unmarried and without children in order to remain in leadership positions), and was succeeded by Dr. Jutta Rüdiger

, a doctor of psychology from Düsseldorf, who was a more assertive leader than Mohr but nevertheless a close ally of Schirach, and also of his successor from 1940 as HJ leader, Artur Axmann

. Rüdiger led the BDM until is dissolution in 1945. She joined Schirach in resisting efforts by the head of the Nazi Women’s League (NS-Frauenschaft), Gertrud Scholtz-Klink here with Himmler‘s adjutant SS Obergruppenführer Karl Wolff

As in the HJ, separate sections of the BDM existed, according to the age of participants. Girls between the ages of 10 and 14 years old were members of the Young Girl’s League (Jungmädelbund, JM), and girls between the ages of 14 and 18 were members of the Bund Deutscher Mädel (BDM) proper. In 1938, a third section was added, known as Belief and Beauty (Glaube und Schönheit), which was voluntary and open to girls between 17 and 21 and was intended to groom them for marriage, domestic life, and future career goals. Ideally, girls were to be married and have children once they were of age, but importance was also placed on job training and education.

While these ages are general guidelines, it should be noted that a girl, once she held a leadership position (either honorary or a paid position), could remain in the League for as long as she liked, provided she neither married nor had children. Rüdiger became BDM Leader at 26, while Clementine zu Castell, the head of Belief and Beauty, was 47 when she took the position in 1938. Eventually, approximately 80% of BDM leaders who left the League did so to get married and start a family, and only 20% left to pursue careers.

In the last days of the war, some BDM girls, just like some boys of the male Hitler Youth (although not nearly as many), joined with the Volkssturm (the last-ditch defense) in Berlin and other cities in fighting the invading Allied armies, especially the Russians. Officially, this was not sanctioned by the BDM’s leadership which opposed an armed use of its girls even though some BDM leaders had received training in the use of hand-held weapons (about 200 leaders went on a shooting course which was to be used for self-defense purposes). After the war, Dr. Jutta Rüdiger denied that she had approved BDM girls using weapons, and this appears to have been the truth.

Some BDM girls were recruited into the Werwolf  groups which were intended to wage guerrilla war in Allied-occupied areas. The older girls volunteered as nurses’ aides at hospitals, or to help at train stations where wounded soldiers or refugees needed a hand. After 1943, as Allied air attacks on German cities increased, many BDM girls went into paramilitary and military services (“Wehrmachtshelferin”), where they served as Flak Helpers, signals auxiliaries, searchlight operators, Luftwaffe helpers 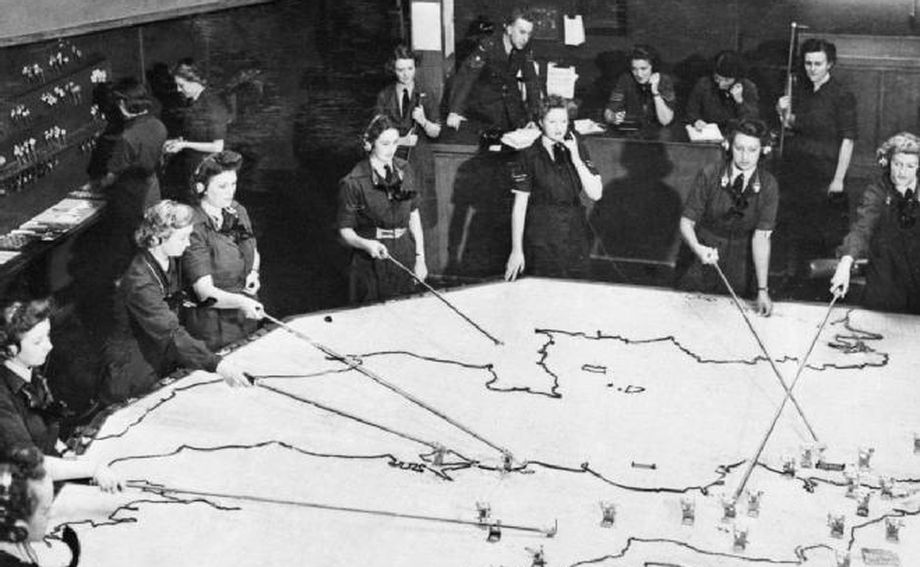 and office staff. Unlike male HJs, BDM girls took little part in the actual fighting or operation of weaponry, although some Flak Helferinnen operated anti-aircraft guns.