Gerda Steinhoff was a Nazi prison camp overseer born in Danzig-Langfuhr, on January 29, 1922. She worked on a farm in Tygenhagen and later in a baker’s shop in Danzig until 1944. She married in January 1944 and had one child. She went to work for the SS at Stutthof concentration camp.

On October 1, 1944, she became a Blockleiterin in Stutthof women’s camp SK-III. In her block were 400 women and children, all at her mercy. She also took part in selections of prisoners to the gas chambers. On October 31, 1944, the young matron was promoted to SS-Oberaufseherin and was assigned to the Danzig-Holm subcamp. There she continued her activities. On December 1, 1944 Gerda was reassigned to the Bydgoszcz sub camp of Stutthof located near Danzig. There on January 25, 1945, she received a medal for her loyalty and service to the Third Reich. Gerda was devoted to her job in the camps and was known as a very ruthless overseer. Soon after she fled the camp and went back home.. The commander of the camp was SS Sturmbannfühher Max Pauly

Pauly was tried by the British for war crimes with thirteen others in the Curio Haus in Hamburg which was located in the British occupied sector of Germany. The trial lasted from 18 March to 13 May 1946. He was found guilty and sentenced to death with 11 other defendants. He was never tried for the crimes committed at Stutthof Pauly was executed by hanging by Albert Pierremont

in Hameln prison on 8 October 1946, age  39. In January 1945, Gerda Steinhoff moved to KZ Bydgoszcz (another satellite camp) where she remained until it was liberated. She received the “Iron Cross” for her wartime efforts. . 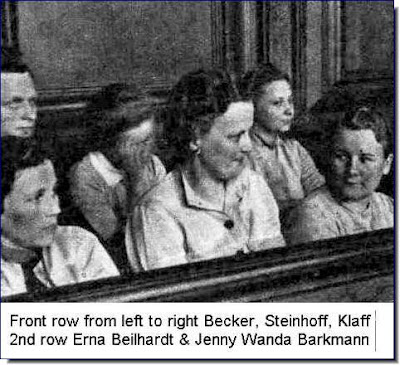 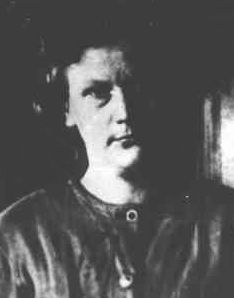 On May 25, 1945, she was arrested by Polish officials and sent to prison. She stood trial with the other SS women and kapos and was handed down a sentence to death for her involvement in selections and what was perceived as her sadistic abuse. She was publicly hanged on July 4, 1946, on Biskupia Gorka Hill 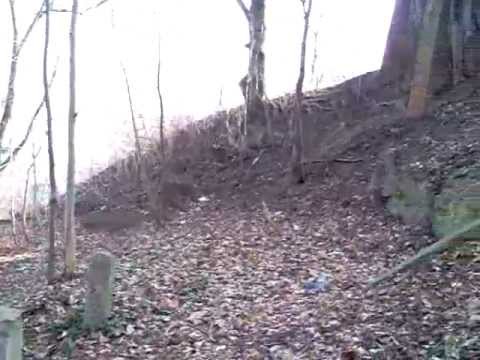 near Danzig next to camp commander SS Oberscharführer Johannes Pauly.

The capture of the Ludendorff Bridge at Remagen.

Everyday life in Germany during the war.
Franz Strasser an Austrian-German former NSDAP Kreisleiter and convicted murderer of Allied pilots.