Audie Murphy became a national hero during World War II as the most decorated combat soldier of the war. Among his 33 awards was the Medal of Honour, the highest award for bravery that a soldier can receive. In addition, he was also decorated for bravery by the governments of France and Belgium, and was credited with killing over 240 German soldiers and wounding and capturing many more. 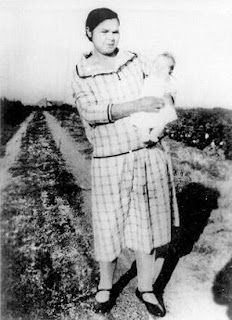 . Murphy had tried to enlist in the army in his native state, but was rejected because he was too young. With his sister Corinne’s help, he falsified his age to appear to be old enough, tried again and was accepted this time. After undergoing basic military training, he was sent to Europe, where he fought in nine major campaigns over three years and rose from the rank of private to a battlefield commission as a second lieutenant. Part of Murphy’s appeal to many people was that he didn’t fit the “image” most had of a war hero. He was a slight, almost fragile-looking, shy and soft-spoken young man, whose boyish appearance (something he never lost throughout his life; he always looked at least 15 years younger than he actually was) often shocked people when they found out that, for example, during one battle he leaped on top of a burning tank–which was loaded with fuel and ammunition and could have exploded at any second–and used its machine gun to hold off waves of attacking German troops, killing dozens of them and saving his unit from certain destruction and the entire line from being overrun. In September 1945 Murphy was released from active duty and assigned to inactive status.

His story caught the interest of superstar James Cagney, who invited Murphy to Hollywood.
In addition to his acting career–he made a total of 44 films–Murphy was also a successful rancher and businessman. He bred and raised thoroughbred horses and owned several ranches in Texas, Arizona and California. He was also a songwriter, and penned hits for such singers as Dean Martin, Eddy Arnold, Charles Pride and many others.

, and in the 1960s his increasing bouts of insomnia and depression resulted in his becoming addicted to a particularly powerful sleeping pill called Placidyl, an addiction he eventually broke. He ran into a streak of bad financial luck and was forced to declare bankruptcy in 1968. Admirably, he campaigned vigorously for the government to spend more time and money on taking care of returning Vietnam War veterans, as he more than most others knew exactly what kinds of problems they were going to have.

On May 18, 1971, Murphy was aboard a private plane on his way to a business meeting when it ran into thick fog near Roanoke, VA, and crashed into the side of a mountain, killing all six aboard.

He was buried, age 45 with full military honours in Arlington National Cemetery. According to cemetery records, the only grave site visited by more people than Murphy’s is that of assassinated President John F Kennedy.